The GPS reads “Burley”, but driving through the vast fields and surrounding mountainous landscape there is no sign of Burley or any moderately populated cities for miles. With over 10,000 acres of land, the Searle farm is actually situated 15 miles outside of the southern Idaho city’s limits. In the winter, the vast fields sit dusted with snow, while the products of the summer’s labor rest in massive piles in potato cellars scattered throughout the property. 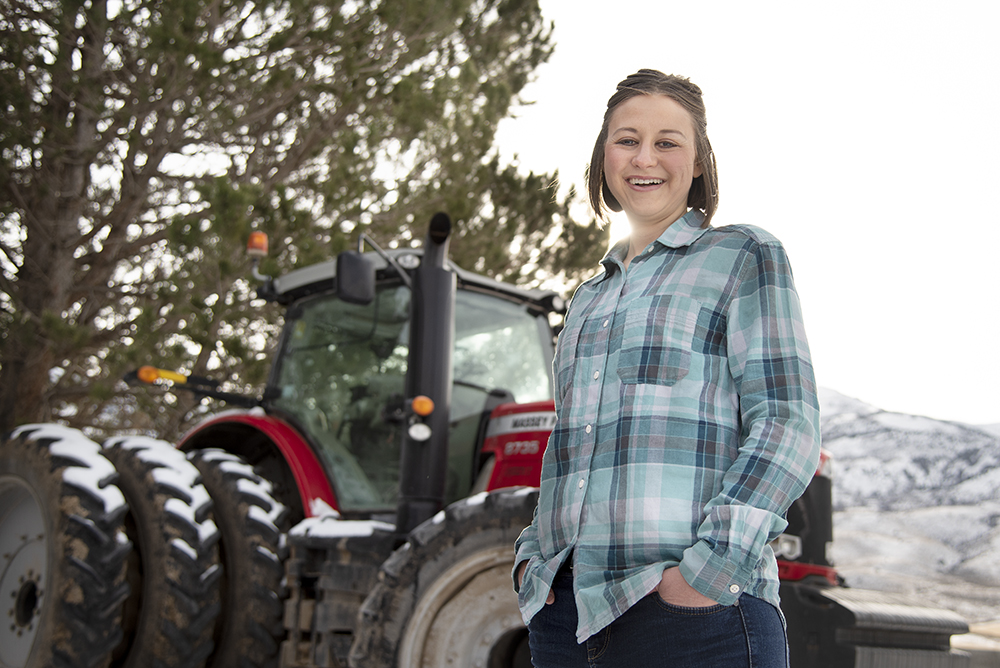 Photo: Kristal with one of the tractors used on her family's 10,000 acre farm.

“No matter what direction I turned, there was something growing, or a beautiful mountain landscape to look at,” said Kristal Searle of her childhood home.

For her, growing up on a family farm not only resulted in an early grasp of responsibility, but it also allowed for close family connections.  “There was a lifestyle and culture based around hard work, family, and a determination to finish things that we started,” said Kristal who grew up with her grandparents, great-grandparents, aunts, uncles, and cousins as her neighbors.

As a teenager, Kristal was expected to work alongside her brothers and father, feeding the calves at the dairy and cleaning the dairy free stalls. But this upbringing based on a strong work ethic was extended far beyond duties on the farm. 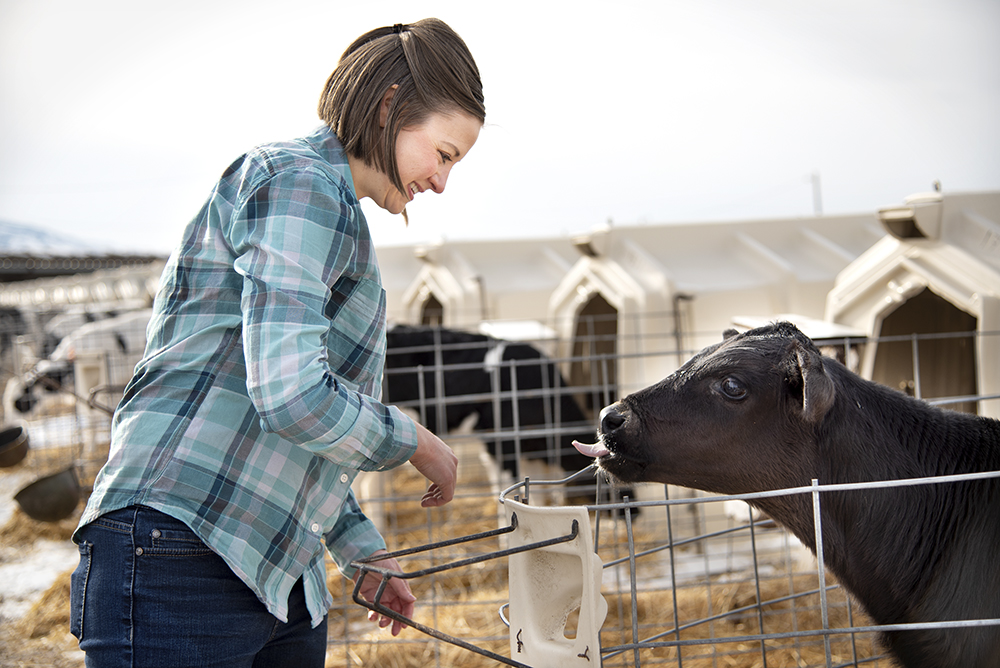 “My parents wanted us to get an education and had that as an expectation for my siblings and me,” Kristal explained. “They knew that no matter where our lives’ work took us- if that was back to Burley or to Barcelona- it would be made better by having an education.”

Photo: One of the dairy calves hesitantly approaches Kristal on the dairy portion of their property.

For Kristal’s parents, an education would enable a future of self-reliance for their children. “They knew that the greater our education, the greater our earning potential,” Kristal chuckled, “but they weren’t expecting us to become millionaires! They just knew that an education would allow us to produce a higher quality lifestyle for ourselves and for our families.” This lifestyle would result from greater resources, not only financially but also in time. “More free time and better schedules would allow us to lead happier lives spent with our families and helping to serve others on their path to self-reliance.”

Knowing that she wanted to pursue an accounting degree, Kristal chose ISU for its reputation in preparing students to pass the infamously difficult Certified Public Accountant (CPA) exam. 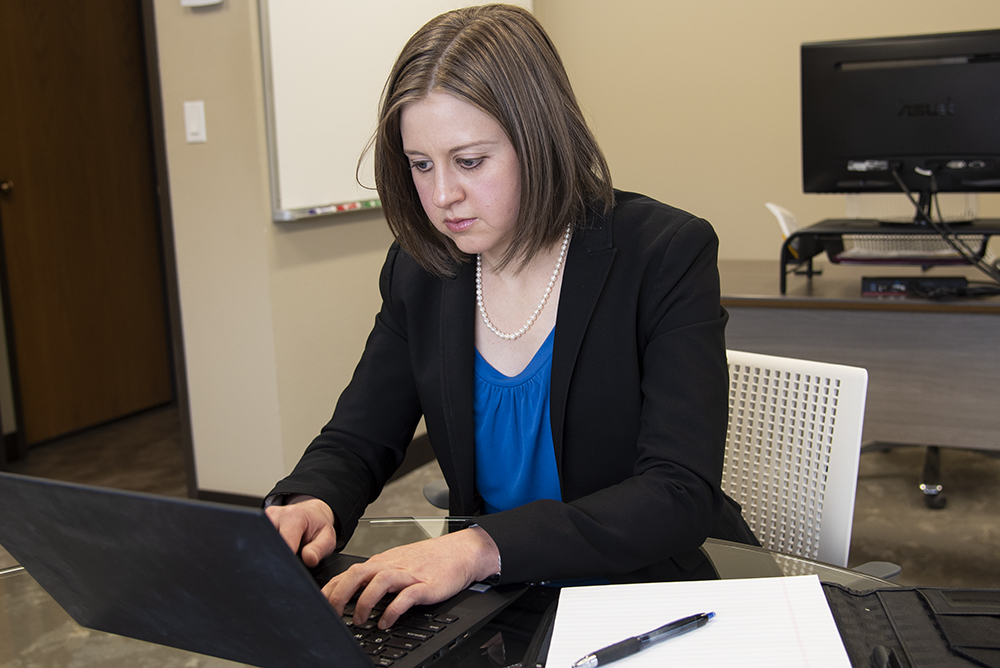 Photo: Kristal working in her office at the Stinker Stores headquarters in Boise.

While studying at ISU, Kristal began to discover the true impact of an education and the guidance her professors gave in actually expanding those three circles. “As I pushed myself, and tried to expand that ‘comfort zone,’ all of a sudden each of those circles began to grow. Things that once seemed impossible became almost routine for me.” Kristal explained that beyond learned concepts, her experiences in college gave her the tools to continue to broaden her abilities even now as her career progresses.

Upon graduating from ISU’s accounting program in 2007, Kristal started her career at KPMG, one of the ‘big four’ international accounting firms. “After nine years working in their audit practice, I decided it was time to try something a little different.” From there, Kristal was put in contact with the 80-year-old, convenience store and gas station chain, Stinker Stores. “I’ve now been working in the Chief Financial Officer (CFO) role for about three years.”

Throughout her life, Kristal has been accustomed to the idea of hard work. “I believe that anything of true value comes at a price.” She explained that her education was a cumulation of the time and effort needed to earn the things of most value in her life. “The things that are of the most value, you don’t pay for with money. They are attained through the effort you put into earning them.”

“For me, the purpose of an education is to become something different and better than you were when you started that journey. I believe that as people we have the capacity to do great things and become great.” Kristal said that as a result of her education, she feels that she has been able to continually grow into a greater version of herself.