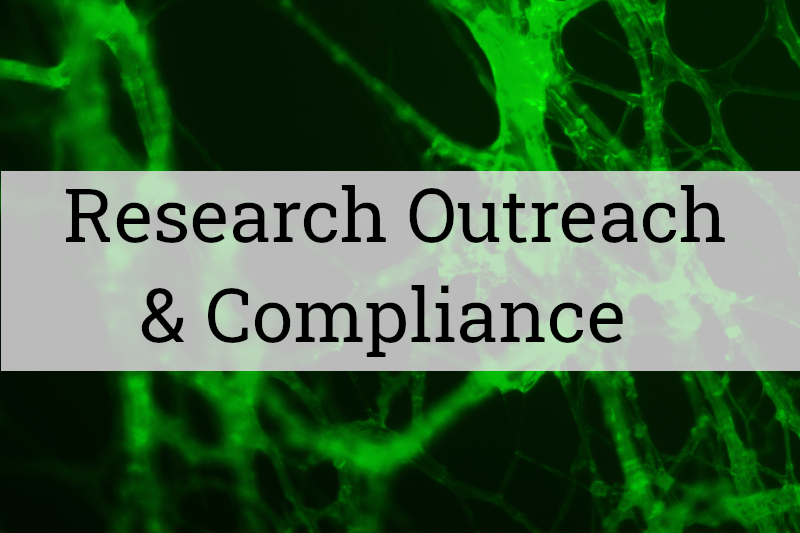 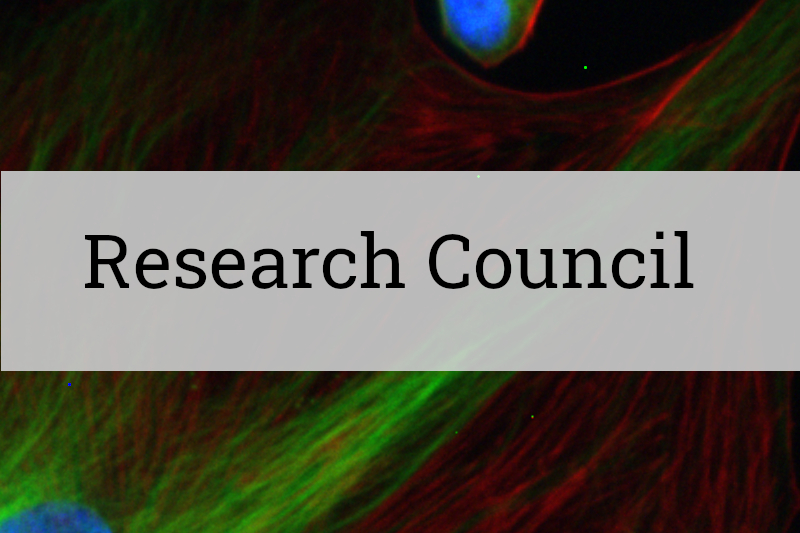 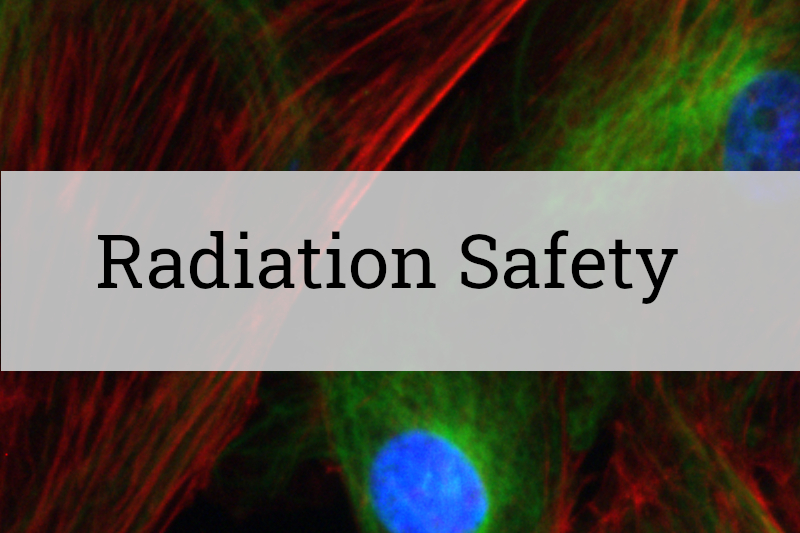 One Minute With a Researcher

The Office for Research is proud to present our YouTube series  "One Minute with a Researcher" where researchers across campus provide insight into their areas of study.

Research in the News:

Stories Behind the Science: Leaving the Fear Behind to Pursue Greatness

Berenice Sosa Aispuro, a sophomore at Idaho State University double majoring in nuclear and mechanical engineering, is not someone unfamiliar with challenges. At one and a half years old, Sosa Aispuro landed in Weiser, Idaho after her parents immigrated to the U.S. from Mexico. Growing up in Weiser, Sosa Aispuro experienced a variety of interactions both positive and negative.

The adversity she met led her to a high school club called Future Hispanic Leaders of America (FHLA). Through FHLA, Sosa Aispruo attended an ISU-hosted Healthcare and Technology conference technology portion. “They talked about the different types of engineering, what you can do with engineering, and I became fascinated. And I was like, this is way better than what I had ever wanted to do before,” said Sosa Aispuro.

Overcoming her DACA status and being a first-generation student, she got the assistance she needed to get an application in to ISU. Due to COVID-19, she decided to retake an engineering course, where she then met Dr. Mustafa Mushal. With no engineering experience, she applied for an undergraduate research assistant position in Dr. Mushal’s civil and environmental engineering lab and was accepted.

Sosa Aispuro has defied the odds as an immigrant and a first generation college student, pushing past the expectations of those around her to follow her passion. She plans on getting her Ph.D. one day and continuing research in renewable energy.

A new high performance computing (HPC) system that can do in mere seconds what would take your laptop hours or days is now online at Idaho State University. 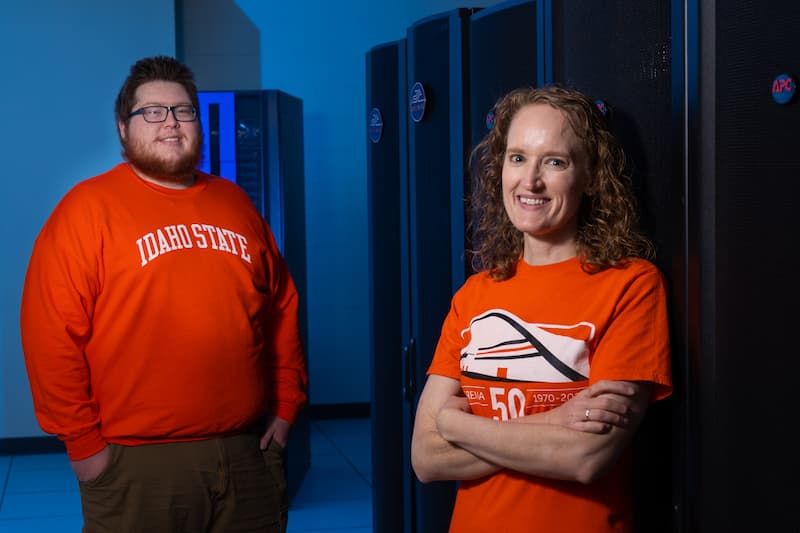 Ragnarok is one of four HPC systems available to researchers at Idaho State. It joins Minerve and Thorshammer; all housed on-campus in Pocatello. Dustin McNulty, professor and chair of the department of physics, has used Minerve for particle and optical physics simulations. Using the data from the simulations has helped McNulty and his students develop new particle detector systems. The particle detectors have been used in nuclear physics experiments at ISU’s own Idaho Accelerator Center and around the world at the Thomas Jefferson National Accelerator Facility in Virginia, Stanford Linear Accelerator Center in California, and Mainzer Microtron facility in Germany.

“I use high performance computing resources in nearly all aspects of my research,” said McNulty. “Whether we're designing a unique detector system or trying to understand a physical or natural process, we set up and run detailed simulations on the HPCs. The simulations provide us with a wealth of information, give more accurate predictions than traditional calculations, and really accelerate our whole research process.”

Meanwhile, Kathryn Turner, assistant professor in biological sciences, and her students are using Thorshammer to help them analyze how populations of a plant species are related and how populations can spread across the landscape. Thorshammer is enabling them to develop a reference genome - a DNA sequence database that is representative of the set of genes in one idealized individual organism of a species - for the invasive weed, blue mustard. In addition to invasive weeds, Turner is also doing similar studies of important native species such as big sagebrush.

“Thorshammer and other high performance computing resources are essential for the type of genomic analyses we perform,” said Turner. “The datasets used in these analyses are often hundreds of gigabytes in size and far, far too large to run on desktop computers - they would either crash or take months to run. If we didn't have Thorshammer, we would have to find these types of resources somewhere else, which would most likely mean paying for it from scarce grant resources and competing for access to the computers.”

The fourth, Falcon, located at Idaho National Laboratory’s Collaborative Computing Center in Idaho Falls and connected to ISU through the Idaho Regional Optical Network. Falcon is billed as “one of the nation’s fastest academic supercomputers” and “was ranked 97th on the list of the world’s fastest supercomputers when initially deployed in 2014,” according to an INL news release. Falcon was upgraded in 2017 and can perform a quadrillion - 1,000,000,000,000,000 -  calculations per second.

“Falcon has been used by academic researchers since its inception, but the unique collaboration between the three leading research universities in Idaho and the focus on academic research allows many more researchers to use this system,” said Michael Ennis, High Performance Computing Solutions Architect at Idaho State. “The combination of graphical capabilities from Ragnarok with the extensive computational power of Falcon and our other high performance computers provides a huge boost to ISU’s research computing capabilities.”

Idaho State University's Environmental Engineering lab on Thursday, November 10, 2022. Paucar De La Cruz and Sato have created a new type of MFC for use in a hydroponic system (MFC-Hyp) and found that not only is the system able to treat wastewater and produce power, but it’s also capable of growing edible plants at the same time.

POCATELLO, Idaho (KIFI) – A new system that aims to get the most out of microbes in terms of electricity generation and wastewater treatment has been developed by two researchers at Idaho State University.

Recently, N. Evelin Paucar De La Cruz, a doctoral student in the Department of Civil and Environmental Engineering from Huancayo, Peru, published her research, “An Overview of Microbial Fuel Cells within Constructed Wetland for Simultaneous Nutrient Removal and Power Generation,” in the journal Energies. The paper makes a case for integrating microbial fuel cells (MFC) - a fuel cell system that uses microbes to generate electricity - into constructed wetlands to treat wastewater and produce power simultaneously. Specifically, Paucar De La Cruz and Chikashi Sato, professor in ISU’s Department of Civil and Environmental Engineering, created a new type of MFC for use in a hydroponic system (MFC-Hyp) and found that not only is the system able to treat wastewater and produce power, but it’s also capable of growing edible plants at the same time. Paucar De La Cruz found that she could achieve more power output and better treatment of the wastewater using Allium tuberosum, better known as garlic chives.

“Non-renewable resources are being depleted, and creating new technologies for energy production that can be sustainable and environmentally friendly is of great importance and is a necessity," Paucar De La Cruz said. “This new technology Dr. Sato and I designed and constructed is still in its infancy. However, it has great potential, and I hope other researchers get interested in our research and help further optimize MFC-Hyp systems.”

“Since the discovery of microbial electrical energy over a century ago, MFC technology has made significant advances in energy generation and recovery,” Sato said. “MFCs can be one of the sustainable energy generation systems of the future, and its technology has evolved into other viable applications, such as removing toxic substances, monitoring environmental quality, powering implantable health devices, and more.”

Paucar De La Cruz’s combined research on energy production, nutrient recovery, and wastewater treatment was the focus of her dissertation. While at Idaho State, she was the author or co-author of seven papers on MFC technology.