“We have chosen the right leader who will take Bengal Athletics to the next level,” Satterlee said. “I have been impressed with Pauline’s ability to enact change and build a culture of excellence. The future vision of Idaho State Athletics will be one that places an utmost value on integrity, always striving for excellence, and a constant focus on creating a positive and inclusive community.”

Thiros has held a variety of positions at the University during her 23-year-career. Most recently, she was the associate vice president of development. Thiros began her career at ISU as an assistant volleyball coach and recruiting coordinator in 1995. She played volleyball at ISU and was named All Big Sky Conference Academic Athlete of the Year in 1994. She was inducted to the ISU Sports Hall of Fame in 2006. Thiros began serving as interim athletic director in August 2018.

“I am excited to have this opportunity to serve the University and community I love,” Thiros said. “Together, with our dedicated athletics staff, we will build on Idaho State’s legacy and create an athletics program we can all be very proud of. ISU will be a force in the Big Sky Conference, and our student-athletes will achieve academic and athletic success. We are going to embrace and reward this community’s long support.” 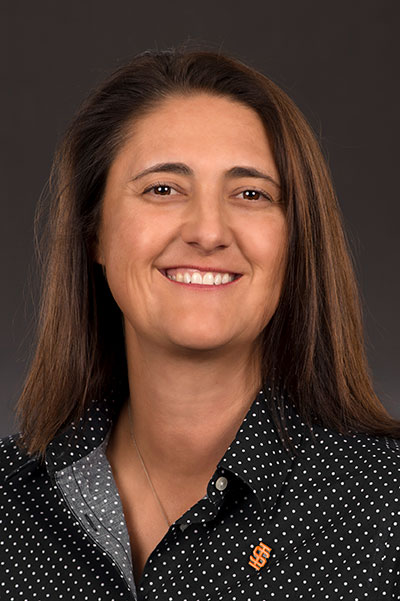