If they thought he was old then, what would they think now?

Glynn Osborne was christened and teased as, “the old man of track” during the four years he sprinted for Idaho State University from 1979-83 because he was 28 years old when he arrived in Pocatello and 33 when he graduated. When he competed, he was about 6 to 12 years older than his teammates.

Osborne is a native of St. Kitts, one of two islands of the tiny nation of St. Kitts and Nevis — Alexander Hamilton’s birthplace — in the Caribbean.

After arriving at ISU, he was pretty fast for an old guy. The ISU Athletic Department still lists him in a three-way tie at seventh place on the all-time ISU track records in the 200-meter dash with time of 21.1 seconds.

But that mark isn’t what Osborne remembers most from his ISU track days.

“The highlight was the 1982 Big Sky indoor championships, our 4x400-meter relay team that qualified to compete in the Indoor NCAA Championships in the Pontiac Silver Dome in Detroit,” he said.

Osborne then took about a 33-year hiatus from track after earning a degree in business administration, majoring in finance and minoring in management and organization from the College of Business. He stayed in Pocatello for six years after graduating as a “professional student,” moved to Seattle 1990 and then to Hawaii in 1995, before returning to Pocatello in 2015. 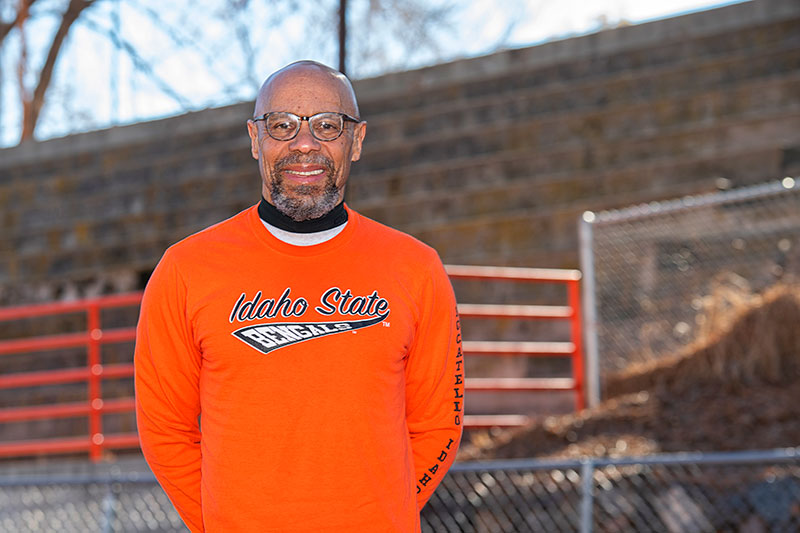 In 2016, Osborne attended a barbecue at the home of James “Byrd” Yizar, a former ISU track athlete who is now assistant director of the ISU Student Success Center. At the time, Osborne was considering competing in the Southeast Idaho Senior Games track and field meet hosted in Pocatello, but didn’t think he was in good enough shape to try it. However, Ivan Moody, a guest at the barbeque and another ISU track alumnus, encouraged him.

“Ivan told me ‘just do it,’ Glynn, and you’ll get hooked on competing,” Osborne said.

Ivan’s words were prescience. Osborne competed in that meet and has competed in many seniors-level events since.

“Most, if not all of us seniors and masters athletes, happily proclaim that to be competing again at our ‘advanced ages’ is happily addicting,” said Osborne, who is now 68. “I’m joyfully intoxicated by the friendly competition and the incredible camaraderie at these meets.”

The Bengal alum has had success at the masters level. Among his top accomplishments are:

ISU’s “Old Man of Track” just wants to stay healthy – while setting some new age-group world records. The latter is a possibility, if he can stay injury free in 2019 – in 2018 he was ranked as high as No. 3 in the world in 400 meters and in the top-10 in the 200 and 50 meters.  He will compete in the USA Senior National Championships in June in Albuquerque, New Mexico.

Beginning in high school, Osborne has played congas and percussion professionally in bands and managed them.

Among his many other pursuits, Osborne is working on a book with the title “The Ultimate Frontier – Maximizing the Incredible Potential of our Human Minds.” 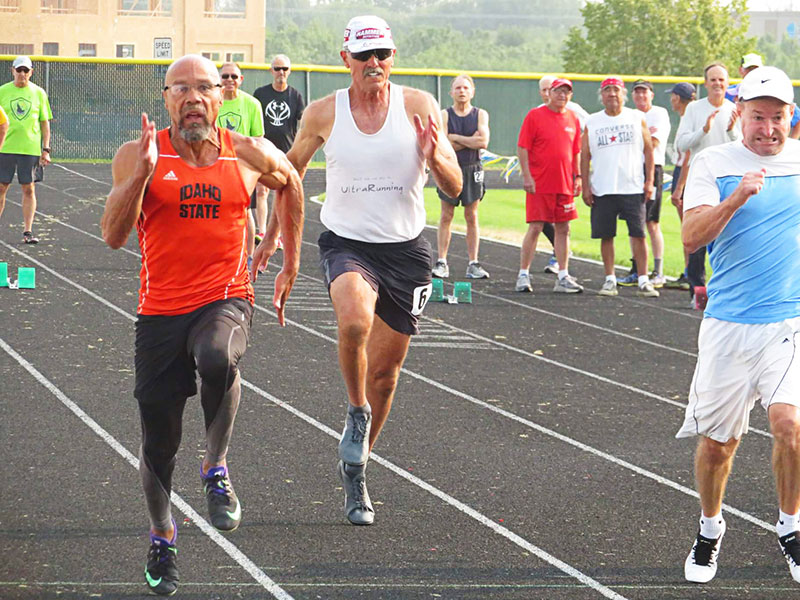