When Tiffany Calás, '16, was growing up in Boise, she dreamed of a career on the Broadway stage. This was no childhood fantasy—the kid had real talent.

She inherited perfect pitch from her mother, a singer and voice teacher. Calás sang and danced in school productions, church programs and community theater. One of nine children, she and her musical siblings often performed as a group—Boise's own version of the von Trapp family.

"I've always sung. I've always performed for as long as I can remember," she said.

When it was time for college, Calás headed to Brigham Young University where she majored in vocal performance. After graduation in 2000, she and her husband moved to the East Coast, and Calás landed an assistant director's position at New York City's Manhattan School of Music where she nurtured young musicians from ages 3 to 18 years old.

She and her husband moved back to the Gem State in 2002 and settled in Meridian. In 2003, Calás joined Opera Idaho as a featured soloist, children's chorus director and company outreach director. She also taught voice lessons at Boise State University and co-founded a music, dance and theater summer workshop for kids called MDT.

"I'm one of those people who has a million things going on at the same time, but that's kind of how I function. I don't like to be bored," said the mom of three boys, ages 14, 12 and 8.

Bored she was not, but Calás admits she was overbooked with rehearsals, teaching, community outreach and performing. Before she knew it, her toddlers were becoming tweens, and it was time for the mezzo-soprano to pull back.

"I can honestly say I had achieved everything I ever wanted to do in music and it was time to pursue something else," she said.

One morning in 2009, she picked up the Idaho Statesman newspaper and read that Idaho State University was offering all four years of the Doctor of Pharmacy program at the new ISU-Meridian Health Science Center campus. Calás was thrilled.

She'd always had an aptitude for science and took advanced chemistry and calculus classes in high school. Had she not studied voice in college, she would have probably chosen a health profession.

Calás spent a couple of years completing her pharmacy prerequisites before enrolling in ISU's pharmacy doctorate program in 2012. She thrived as a student pharmacist. Active in community outreach, Calás taught Treasure Valley youngsters and teenagers about the dangers of prescription drug abuse and provided diabetes education at community health fairs. She was the local winner and a national finalist in the 2016 American Pharmacists Association's patient counseling competition which requires student pharmacists to educate patients about medication use. She was also a finalist for ISU-Meridian's 2016 Student Excellence Award.

"It was an amazing experience," said the Bengal about her ISU experience. "Professors were topnotch. I felt like they wanted to know me and what would help me succeed."

Calás loves her new career as a licensed pharmacist for Albertsons—especially counseling patients about medications and fielding questions about immunizations or medical conditions. She enjoys working collaboratively with medical and health professionals to ensure the best patient care.

And when it comes to memorizing all of those complex medications, Calás simply channels her opera training.

"I think my background in singing in so many different languages has helped me to process the names and put a meaning to them," she laughed. 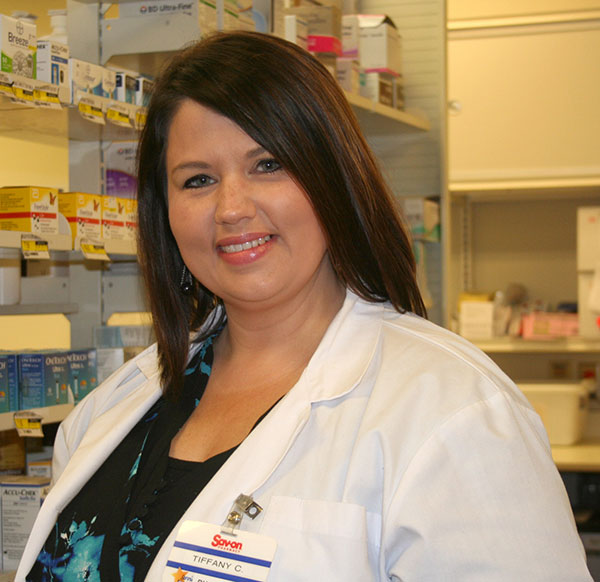