Department of Geosciences, College of Science and Engineering 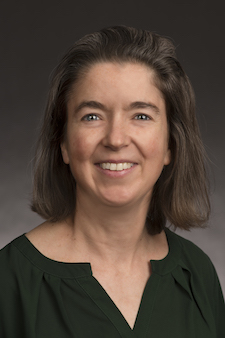 Dr. Sarah Godsey earned her Ph.D. in earth and planetary science from University of California – Berkeley in 2009, followed by a postdoctoral research position at Penn State. She joined Idaho State’s Geosciences department as faculty in 2012. Since then, Godsey has been part of teams awarded four major NSF grants totaling approximately $2 million with additional proposals pending, including the NSF’s CAREER award in 2017. She is a prolific researcher and a known expert on mountain and intermittent stream hydrology; just in the last year she has published 10 papers and her current h-index is 17, marking an unusually well-cited research portfolio for her career stage. In addition, many of her research articles are written with students. She was awarded “supervisor of the semester” in Fall 2020, her students have received numerous research awards themselves, and she has recruited and regularly leads a large cohort of students to meet to discuss papers in addition to her regularly assigned teaching responsibilities. 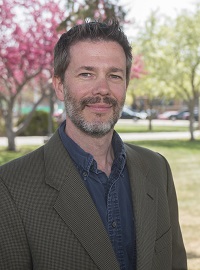 Dr. Steve Lawyer received his Ph.D. in clinical psychology from Auburn University in 2002 and began as an assistant professor of psychology at Idaho State in 2004. He served as director of clinical training from 2015 – 2020 and is currently professor of psychology. Lawyer’s research uses laboratory-based behavioral-economic models to examine impulsive and risky decision-making in issues that affect physical and mental health, and he is currently working to develop a network of community stakeholders to improve trauma-informed, telehealth-enhanced behavioral health services for rural Idahoans with a focus on improving prevention and treatment for opioid use disorder. His current h-index is 17 and he has published 38 articles since arriving at ISU in 2004. Lawyer’s research has been supported by several internal and external grants, including a recent one by the Czech Science Foundation and two additional grants for which he is the PI, one from the Health Resources Services Administration and another from the Idaho Rural Interdisciplinary Health Collaborative – all of which total up to nearly $1.5 million. Finally, the Research Council was impressed with Lawyer’s ability to conduct both basic and applied research, in this way adding general knowledge to his discipline while also directly helping patients in the clinical setting. 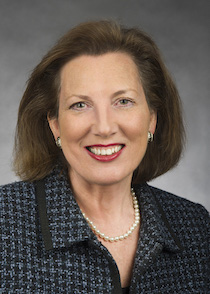 Dr. Mary Nies is a professor in the College of Health at Idaho State University, holding a joint appointment with the School of Nursing and Department of Community and Public Health. She received her Ph.D. in nursing science from University of Illinois – Chicago and has been at ISU since 2012. During that time, Dr. Nies has received extensive federal and foundation funding, including the Idaho Senior Refugee Inter-professional Holistic Health Project funded by the Health and Resources Administration (HRSA) for $1.5 million. She has numerous publications in well-recognized peer-review journals; in just the past five years, she published 33 articles and her current h-index is 28. Dr. Nies has also served on NIH Extramural Grant Committees for multiple institutes and the National Center on Minority Health and Health Disparities. Currently, Nies is serving as research mentor for tenure-track faculty on two externally funded research grants and is generally considered a leader in research on community interventions for promoting health in vulnerable populations. 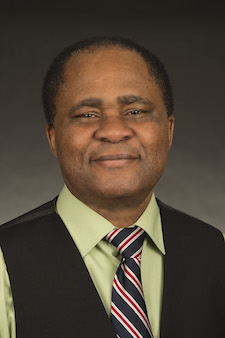 Dr. Raphael Njoku is professor and chair of global studies and professor of history at Idaho State University. His research examines the intellectual, political, and sociocultural history of Africa’s and the African Diaspora’s hybrid institutions. He is the author, to date, of 11 books (including edited collections), 14 peer-reviewed articles, 29 book chapters, five encyclopedia essays, and 16 book reviews. He has presented papers at 70 conferences. In 2020, he published two important books: West African Masking Tradition and Diaspora Masquerade Carnivals: History, Memory, Symbols, and Transnationalism, published by University of Rochester Press, and a co-authored book titled United States and Africa Relations: 1400s to the Present, published by Yale University Press. Njoku’s books track over 600 years of history between the U.S. and
Africa through a host of intellectual, political, and cultural contexts, including African American emancipation, the rise of African diasporas in the Americas, the Back-to-Africa movement, the founding of Sierra Leone and Liberia, the presence of American missionaries in Africa, the development of blues and jazz music, the presidency of Barack Obama, and more. 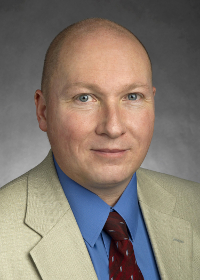 Dr. Chad Pope earned his Bachelor of Science, Master of Science and Ph.D. in nuclear science and engineering at Idaho State University. Since 2013 he has held a joint appointment between ISU’s Nuclear Engineering department and the Idaho National Laboratory. Pope’s research focuses on the safety, reliability, and economics of nuclear power, in particular by developing a deeper understanding of the associated risks during flooding events. He has advanced computational models that allow for identifying components and items that deserve improvements and has studied the safety challenges of new advanced reactors such as sodium metal-cooled fast reactors, which has led to the development of a comprehensive assembly of sodium metal properties, including industrial uses. In addition, he has developed a software application in collaboration with the U.S. Department of Energy to help with risk analysis in power generation. Pope has brought in more than $4 million in external funding to support this research and is currently the chair of the Department of Nuclear Engineering at ISU.

Full-time ISU faculty are invited to nominate a member of the faculty who exemplifies excellence in research.