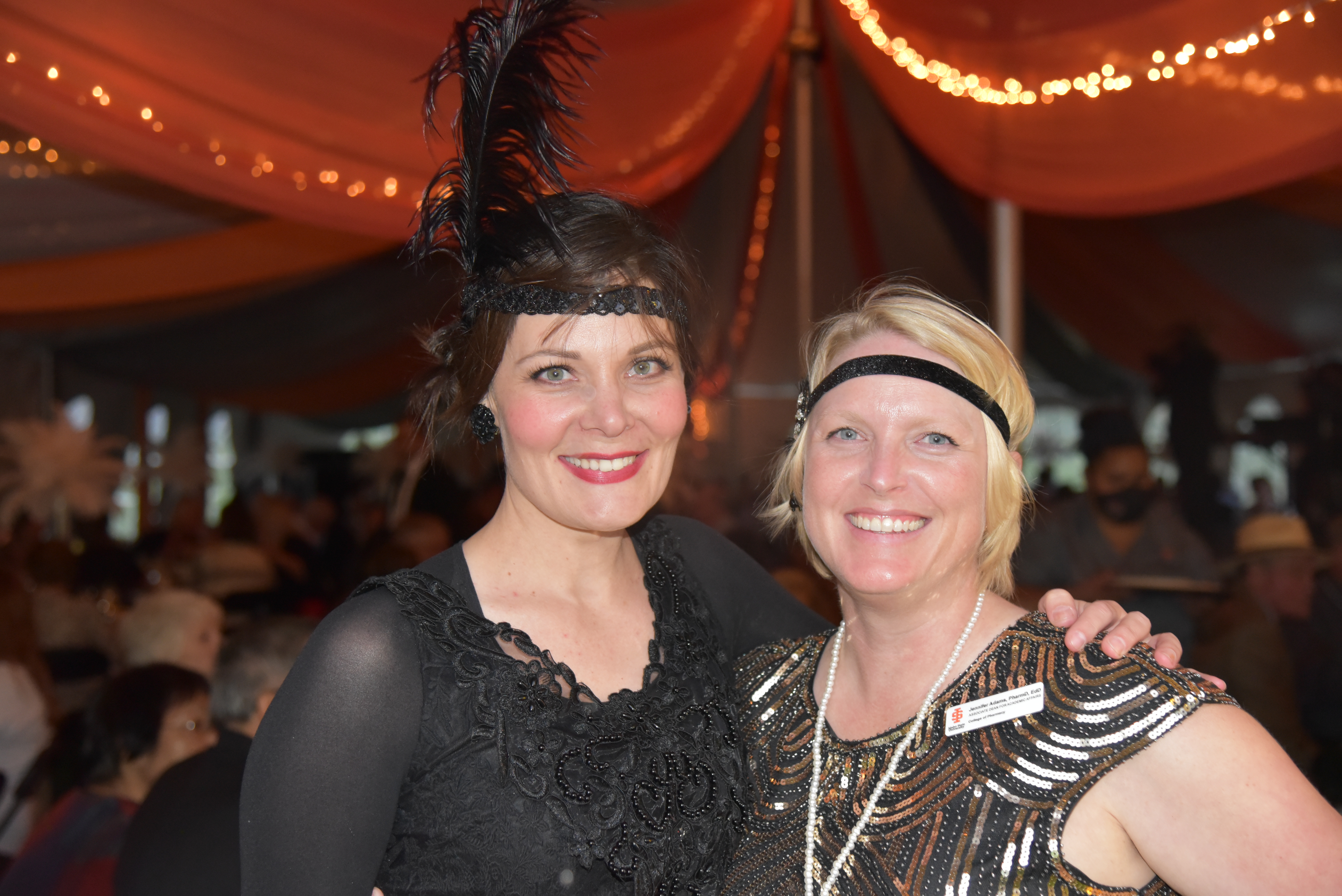 A Centennial milestone is a time to celebrate history and contemplate the future. The Idaho State University College of Pharmacy celebrated its rich history with a Centennial Celebration, themed “101 + 1 in 2021,” on September 10 and 11.

The event included a Roaring 20’s themed gala dinner, lectureships designed for student and faculty development, and the dedication of a Centennial Patio at Leonard Hall. A time capsule with memorabilia from the College’s first 101 years will be buried there for discovery in 2070, when the College celebrates 150 years.

Since the first discussions of the Centennial Celebration began in 2016, plans included a Centennial Campaign, with a lofty goal of raising $15 million for student scholarships, facility improvement and faculty development.

Walter Fitzgerald, dean for the College of Pharmacy announced for the first time publicly at the celebration that the campaign goal of $15 million was not only achieved, but exceeded. A total of $15.3 million was raised as part of the Centennial Campaign, with nearly $6 million going directly to student scholarships.

Fitzgerald said, “We thank Paul Cady, former dean for the College of Pharmacy and Phil Yankovich, development director, for their vision in establishing the capital campaign because such funding provides much needed support for our student pharmacists, alumni, faculty and staff. Our many campaign donors are the true superstars behind our 100 +1 year tradition of excellence in pharmacy education. Said another way, without the support of our donors in the Centennial Campaign and over the years, the College would not be the success story we know today. The support of our donors provides an essential foundation upon which our academic, research, and service programs are built.”

The College of Pharmacy at ISU began with three students in 1920 in the basement of Swanson Hall, ISU’s first building. After several moves that involved students and faculty hefting equipment, books and supplies manually across campus, Leonard Hall was constructed in 1942, where the College still calls home today. The College expanded classrooms and labs to the Treasure Valley in 2000 and moved to the Sam and Aline Skaggs Health Science Center at ISU-Meridian in 2009. In 2011, faculty members at the University of Alaska, Anchorage identified a need for additional learning environments to prepare pharmacists in their state, and they asked for assistance from ISU. After years of planning and preparation, the two schools built a partnership, and students at the UAA-ISU College of Pharmacy began their coursework in 2016.

In addition to preparing pharmacists for the rigors of the profession, The Department of Biomedical and Pharmaceutical Sciences (BPSCI) is a multidisciplinary unit in the College. The College also added the Department of Clinical Psychopharmacology in 2019, to further the program offerings and provide opportunities for practicing psychologists to enhance their careers.

Paving the roads to be traveled in the next 101 years requires the work of many. One road already being paved is expanded services by pharmacists; initiated by legislative and regulatory advances. The College is paving this road by delivering a PharmD curriculum that enables graduates to practice at the top of their education and training. Aligned with our academic mission is our commitment to work with all stakeholders to develop postgraduate programs and tools for practicing pharmacists seeking to expand their services in Idaho and Alaska.

Identifying more ways to pave this road, and other roads to build, is an opportunity the College enthusiastically accepts. It is hoped that in 2121 our profession will observe that what we collectively set in motion in 2021 has been a major force in shaping pharmacy in the 22nd Century.

View a collection of historical photos, event photos and add your own memories by visiting our online memory board.