Given annually during Commencement, the Professional Achievement Awards recognize Bengal alumni for their valuable and distinguished contributions to Idaho State University, their professions and to their communities. 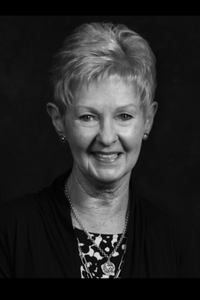 After receiving her degree in American Studies at ISU in 1986, Sharon worked in the Foundation Office as a Prospect Donor Researcher for three years. But her real love has always been for non-profits. She have served as president or member of numerous non-profit organizations through the years. While living in Pocatello, Sharon was a member of Zonta International and served as president in 1991-92. They raised funds for Families in Crisis and scholarships for women. She also served on the United Way Board and the Grants Panel for the Idaho Community Foundation. She served on the Pocatello Regional Medical Center Board of Directors and was president of the PRMC Foundation. The arts have been her passion and she has been president of the Idaho State Civic Symphony, the Idaho Falls Symphony, and the Idaho Falls Arts Council. Sharon has helped to raise funds for most of the organizations in which she is involved and has enjoyed the association with truly dedicated people who strive to make their communities better. She feels fortunate to have continued her connection to ISU by serving as Chair of the Dean’s Advisory Board for the College of Arts and Letters. Sharon will be forever grateful for the education she received at Idaho State University. 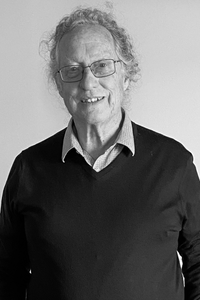 Steven graduated from ISU in 1974, with a Bachelor of Arts in Political Science. His career in governmental service began working in human resources for the City of Lewiston. In 1986, Cecil Andrus and his campaign manager recruited Steve to Boise, where he worked to set up a field campaign in southern Idaho counties and served as the scheduler. After Andrus won, he tapped Steve to assist the transition team and later shifted to work as a special assistant in the governor’s office. Steve began a second career after obtaining another degree from Washington State University which led to a position in the Sponsored Programs Services division in W.S.U.’s Business Services office. Before retiring in 2016, his final years at WSU were spent at the department level handling the budget and accounting work for the International Agriculture Program. Steve also has a lifelong interest in photography and turned an amateur hobby into a professional part-time career. His portfolio includes published photos in brochures, magazines, and books.  He has a wide variety of clients from brides to the governor. He attributes his success in obtaining his “photographer’s eye” to an I.S.U. art history class. He has served as the President of the Lewis and Clark Trail Heritage Foundation, volunteered for several worthwhile causes, including historical and educational groups, and is currently serving on the Dean’s College of Arts and Letters Advisory Board at Idaho State University. 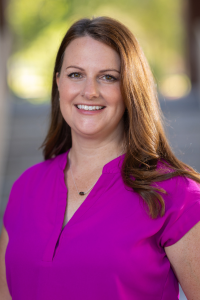 Michael Hayhurst earned a Bachelor of Business Administration degree with a focus in accounting and finance from ISU in 1990.  Upon graduation, he moved to Boise to start his public accounting career with Arthur Andersen. He is a licensed Certified Public Accountant in the states of Idaho and Alaska. Mike joined the KPMG partnership in May of 2002 and led the audit practice in the Boise, Idaho office. In 2009, Mike and his family moved to Anchorage, Alaska where he served as the Office Managing Partner (OMP) for six years.  He returned to Boise in 2015 to serve as OMP, his current role. During his 31 years as a public accountant, Mike has served as the engagement partner and quality reviewing partner on numerous publicly traded and privately held corporations in various industries, including forest products, retail/distribution, agribusiness, Alaska Native Corporations, government services and contracting, regulated utilities, manufacturing, and engineering. Mike has extensive experience with SEC compliance and has assisted his clients with numerous public equity and debt offerings and private debt placements.  In addition to the clients he serves, he takes an active role in mentoring and coaching professionals in the firm. An avid supporter of his community, Mike serves as a board member for the Idaho Foodbank, in addition to the Idaho State University Accounting Program Advisory Board. Previously, Mike served as a board member of the Great Alaska Council, Boy Scouts of America and the Board of the Ore-Ida Council, Boy Scouts of America in Boise, Idaho. He also served as the 2014 Chair of the United Way Corporate Campaign in Anchorage, Alaska, the co-chair of the 2008 Fundsy, Inc. charity auction and as the Chair of the Boise Metro Chamber of Commerce Education/Workforce Committee as well as on the Board of Directors for the Southwest Chapter of Idaho Society of Certified Public Accountants. 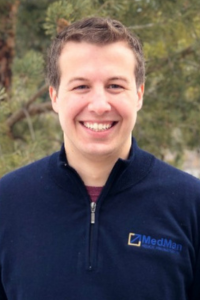 Bob a Pocatello native and graduate of Pocatello High School, ISU, and BYU, taught five years at Pocatello High before holding several administrative positions in the Pocatello/Chubbuck School District, retired as Assistant Superintendent after 33 years. During his career he served on numerous professional and community boards.  He played substantial leadership roles in innovative programs for local and Idaho schools including developing and implementing programs such as Idaho Financial Accounting Management and Reporting System (IFARMS) for Idaho School Districts, Idaho School Board’s School Property Casualty Insurance Program for Idaho School Districts, instructional computers in the classroom, and along with ISU administrators created the first Idaho high school and college dual enrollment program. Bob among other honors has been inducted into Idaho Retired Educators “Hall of Fame” and has been recognized by Pocatello High School as a “Distinguished Alumni”. He served in the US Naval Reserves and is a 50 plus year National Ski Patroller. He and his late wife, LaVoy Vee Riley Myers, have three children all whom are graduates of ISU as are their spouses whom they met at ISU. Bob and LaVoy in recognition and appreciation of the opportunities afforded them by Idaho State University established the Dr. Robert W. (Bob) & LaVoy V. Riley Myers Scholarship Endowment. 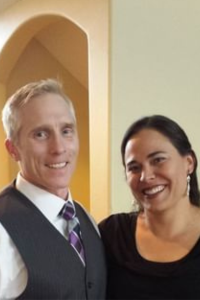 Darlene Muller Travis received a Bachelor of Radiographic Technology in 1978 and a Bachelor of Zoology in 1980 from ISU. She holds credentials in Diagnostic Radiology, Radiation Therapy, Cardiovascular Interventional Radiography, and Mammography. Darlene completed post-graduate academics in Radiation Therapy at Loma Linda University Medical Center and Educational Technology at Boise State University. Her first job as a Radiographer was at St. Anthony’s Community Hospital, which transitioned to Pocatello Regional Medical Center. Darlene taught Radiology at ISU for two years and then worked as a Radiation Therapist at Loma Linda University Medical Center, California, and as a Radiology Manager at Northside Hospital in Atlanta, Georgia. She was also a professor at Boise State University for 28 years in Radiologic Sciences Department. Darlene has also served on multiple college and university committees, served as Chair of the University Curriculum Committee, and established radiology clinical student rotations and workforce development in rural areas in Idaho. Darlene and her husband also manage their golf course construction company. 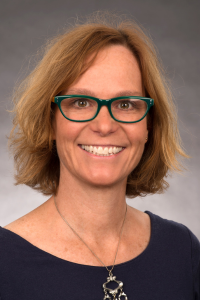 Steve White, RPh, PhD, earned his Bachelor of Pharmacy degree from ISU in 1977 and an M.S. in Pharmacology in 1979. He earned his Ph.D. in Pharmacology at the University of Utah where he rose through the academic ranks after joining the College of Pharmacy faculty in 1986. Before joining the University of Washington School of Pharmacy as Chair of the Department of Pharmacy, White was the principal investigator and scientific director of the NIH-sponsored Anticonvulsant Drug Development (ADD) Program. Steve has published over 170 original papers, served as Research Director of CURE (Citizen’s United for Research in Epilepsy), served as Research Director of CURE (Citizen’s United for Research in Epilepsy), and continues to serve as a Research Advisor to CURE’s team-science initiatives. In addition, Steve received an Honorary Doctor of Science from The University of Copenhagen Faculty of Pharmaceutical Sciences, Copenhagen, Denmark in 2011, was the 2014 recipient of the Epilepsy Foundation’s Lifetime Accelerator Award and received the Extraordinary Contribution to the Field of Epilepsy Award from the American Epilepsy Society in 2020. Currently, Steve serves on the organizing committee of the biannual Eilat Conferences on Antiepileptic Drug Development and mentors the next generation of neuroscientists and epilepsy educators, and is frequently invited to speak at national and international congresses. 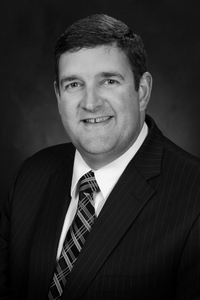 David Jeppesen was appointed in January 2019 by Governor Little to be the Director of the Idaho Department of Health and Welfare, a cabinet position in the Governor's administration. A native of Burley and Ammon ID, he earned a bachelor’s degree in mathematics from ISU. He also holds a Masters of Applied Statistics degree from The Ohio State University.  He serves on the ISU Foundation board where he has been finance committee chair, investment committee chair, vice chair, and chair. He currently serves as the immediate past chair and nominating committee chair. After graduation, he worked at Capital One in Richmond Virginia where he eventually became the Deputy Chief Risk Officer. He then moved to Barclays Bank’s United Kingdom Retail Bank in London as the Chief Marketing Officer. In 2009, the Jeppesen’s moved back to Eagle, Idaho, and David started a successful international bank consulting business. Starting in 2012, he worked at Blue Cross of Idaho where he was the Chief Marketing Officer. David is married with four children and three grandchildren. 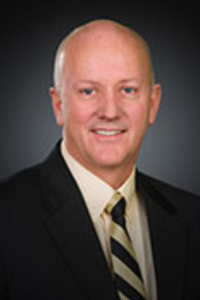 Jamie and her husband operate a Health Care management company, TanaBell Health Services operating throughout Idaho and Utah, including two facilities in Pocatello. She also owns and operates Kulak CrossFit, a local gym and wellness center. They have nine coaches that rotate between our 42 weekly group classes and serve our over 200 members. While at ISU, Jamie ran track and received her Associate's Degree in Physical Therapist Assistant. She has previously served on the ISU Board of Alumni, served as a volunteer with other community and church positions, and currently works with youth through coaching or mentorship. Jamie is a Level 2 Certified CrossFit Trainer, a USA Weightlifting Certified Coach, and an HSN Certified Nutrition Coach. 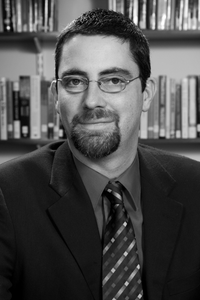 Michael D. Jones is an Associate Professor in UTK's Department of Political Science and a faculty fellow at the Howard H. Baker Jr. Center for Public Policy. He received his PhD in Political Science in 2010 from the University of Oklahoma and holds an MA and BS in Political Science, both granted by Idaho State University. From 2010 to 2013, Dr. Jones was a postdoctoral fellow at the Edmond J. Safra Center for Ethics at Harvard University. He has also held academic positions at Virginia Tech (2012-2014) and Oregon State University (2014-2020). Currently, he is the editor-in-chief of the Policy Studies Journal and has published in a wide range of disparate disciplinary venues such as Political Psychology, Social Science Quarterly, Policy and Politics, and Critical Policy Studies, among others.  His primary research interest is policy theory, where he has devoted most of his attention to developing the Narrative Policy Framework, a framework focused on understanding the role of stories in shaping policy processes and outcomes.

Given annually during Commencement, the Professional Achievement Awards recognize Bengal alumni for their valuable and distinguished contributions to Idaho State University, their professions and to their communities.

Nominations for Professional Achievement Awards are directed to and accepted by the individual college Deans and unit heads throughout the year. Nomination packets are due to the dean of each college by November 19. The dean from each college selects the recipient for this award. These selections are due by December 8.

Criteria and materials reviewed by selection committees include:

Alumni are honored with Professional Achievement Awards from the following colleges and schools: