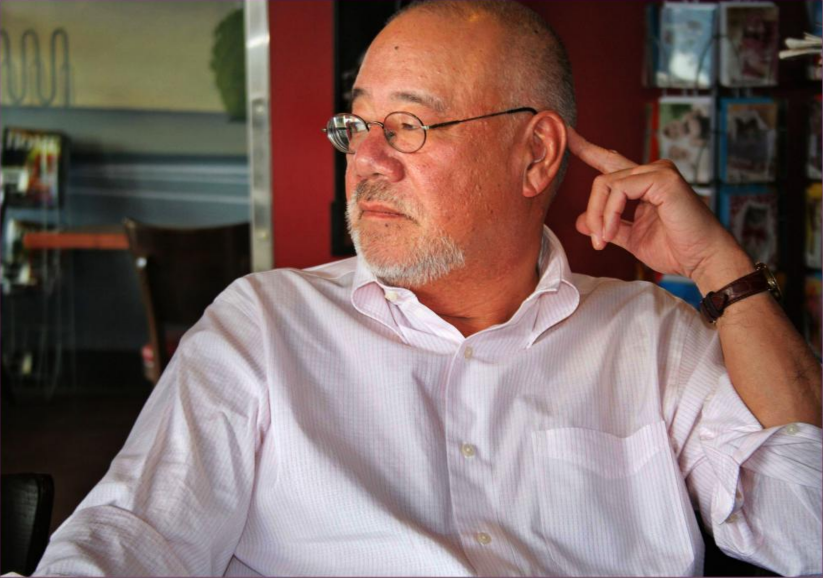 ISU Mourns the Loss of Great Leader and Teacher

A transformative leader and thoughtful friend among Idaho State University’s Department of Community and Public Health, and in the university community, has died. Dr. Galen Louis, who as the program director for the Master in Public Health (MPH), was instrumental in securing reaccreditation from the Center for Education on Public Health (CEPH) for the MPH program in 2009. Today, the ISU MPH program remains the only one in Idaho that is fully accredited by CEPH.

Students who interacted with Louis during their time at ISU recall him as a professor and advisor who truly valued their work and endeavors. His tenure at ISU had an incredible impact, transcending beyond the classroom and into the daily lives of his students.

One student, Vivian Lockary, recalls, “My favorite memory is Galen playing his guitar and singing Christmas songs during our final Biostatistics class (ISU MPH Class of 2009). He made learning fun! Dr. Louis frequently used Jake (his old dog) and his canine buddies as one population, and his ISU MPH grad students as the second group, in teaching us statistical analysis. Galen, you may be gone, but never forgotten.”

Another student, Aaron Haws says “This man had an incredible impact on my life. Not just during my graduate studies at Idaho State, but beyond. He loved each and every one of his students, and we all felt it. Galen was truly a gem of a man, leaving behind an incredible legacy.”

Haws recalls a time when he desperately thought about giving up on his thesis project but was convinced to pursue because of the guidance and aid he received from Louis. “In graduate school, I struggled. I wanted to give up. My thesis research was a total nightmare, and I just couldn’t find the right advisor to meet my needs. I thought I would never finish and graduate. Galen got me further in 6 months than I had in the previous two years working on my own, or with other advisors.”

Those in administrative and leadership roles were also influenced and impressed by the work of Louis. “Galen played a central role in the development and implementation of our Master in Public Health (MPH) degree. Without his valuable and thoughtful work, ISU's MPH program would not have been accredited by the Council on Education for Public Health (CEPH). Programmatic accreditation is a critical element for health-related educational programs,” says Linda Hatzenbuehler, PhD, former vice president for health sciences at ISU.

Another leader, Bessie Katsilometes, PhD, former associate vice president of university programs for ISU-Meridian Health Science Center states “The loss of Dr. Galen Louis deeply affects his colleagues and his students, as he was selflessly committed to his profession of public health through teaching, research, and service. For the University, Galen worked tirelessly and effectively in leading and preparing for the Master of Public Health reaccreditation, which was successful, in part due to his passion for the discipline, during a time of constrained resources in the department.  For ISU-Meridian, he was a vital member of Dean's Faculty Advisory Council, providing logic and strategy models for planning and expansion. Galen was active as a state leader, promoting the Idaho Public Health Association and consulting with both government and nonprofit entities. In every sense, Galen was a gentleman and a scholar; he was multifaceted in his myriad talents, and his excellence was evident in academic and creative endeavors.

Just prior to his retirement, Louis created an endowment to support the students and faculty in the ISU Master of Public Health program. Ryan Gerulf, development director for the Kasiska Division of Health Sciences says he is honored to have had the opportunity to work with Louis for a short time before his passing. “The endowment will provide over $1000 annually for this program that Galen so loved,” Gerulf explains. “Galen attended a ceremony in October of 2019 to congratulate the most recent recipient, and was still active with the endowment. He also generously offered a matching pledge to gather more support for the Master of Public Health program during Raise the Roar this year.”

Dr. Galen Louis, an alumnus and former program director of ISU’s MPH program, has championed public health with an interest in program planning, evaluation, and addressing health disparities. His foresight, generosity, and desire to see more investment in students to improve public health in Idaho led to a creation of this scholarship fund upon his retirement. For Spring semester, a $1000 award will be made to an MPH student who demonstrates scholarship, leadership, and vision for the future of public health.

Details about this year's scholarship will be coming soon.