Since the late 1980s, the Kasiska Family Foundation has donated $20 million to ISU and pledged additional support, bringing the current total gift to over $20 million. The money has funded scholarships, health science degree programs, equipment, special events and conferences.

The Kasiska Family legacy began with William F. Kasiska, who came from East Prussia (now Germany) with his wife, Mary, to New York, then to Wisconsin, to Seattle, and eventually to Pocatello in 1890. An astute businessman, William Kasiska invested in land, operated banks and ranches and served as Mayor of Pocatello for two terms. The Kasiska's owned substantial real estate in Pocatello, including the home now occupied by the President of Idaho State University, and the old Bannock Hotel. Through hard work, William and Mary Kasiska accumulated a significant estate, which they bequeathed equally to their daughters, Mabel and Eva.

Kasiska, who died in 1945, was known for helping young people finance their education or dipping into his pocket to help a friend in need.

After the passing of their father, Mabel and Eva carried forward the family enterprises. They carried, also, their father's devotion to service and philanthropy. In his memory, and in honor of his birthday, Mabel and Eva established a scholarship program at Idaho State College in December of 1949, funding scholarships for young women studying to become nurses. 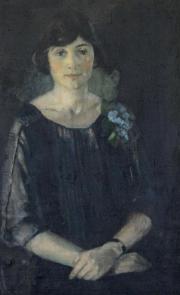 In 1968 they founded the "ISU Scholarship Club" as a means to encourage others who may be capable of giving to support the student scholarships.

Mabel was one of the first women to be a banking executive in Idaho. She lived in Lava Hot Springs and managed and owned the bank in Lava. In addition, she served on the Board of Directors of the Cassia National Bank in Burley and was an investor in the Twin Falls Bank.

Eva and Mabel utilized the services of the Speech and Hearing Clinic at then Idaho State College, and developed a special relationship with the department and its Chair, Dr. Larry Sant. The Kasiska sisters purchased the audiology booths still in use today in the Speech and Hearing Clinic, and were especially generous in providing funds for equipment and scholarships benefitting that department.

They continued to provide this support throughout their lifetimes, although records are not available to determine the exact level of support.

Mabel died in 1976 and Eva in 1986, but their spirit of giving continues through the Kasiska Family Foundation. Since 1987, close to 7000 ISU students have received Kasiska scholarships. Many have pursued advanced degrees—becoming nurse practitioners, physician assistants, pharmacists, speech-language pathologists and physical therapists. Others have chosen to practice in rural Idaho communities, improving access to quality health care for thousands of citizens. 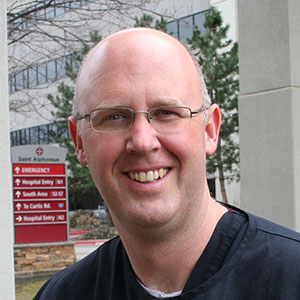 As a kid growing up in Blackfoot, Idaho, Grant Gundersen loved science and dreamed of a career where he could help people.

In 2005, he enrolled in ISU’s four-year nursing program and received a Kasiska Family Foundation scholarship to help cover tuition and books.

“It would have been difficult without this scholarship. It was a blessing to my family to have it, said Gundersen, who was married with two young children at the time.

In 2008, Gundersen earned his bachelor’s degree in nursing at ISU, then pursued a master’s degree with a specialty in nurse anesthesiology at Gannon University in Erie, Pennsylvania.

As a certified registered nurse anesthetist or CRNA, he administers and monitors  anesthesia under the supervision of an anesthesiologist, surgeon or other qualified medical professional.

Gundersen credits the Kasiska scholarship with giving him the time to focus on his ISU studies and maintain the good grades necessary to enter  Gannon’s highly competitive program.

Today, Gunderson, 33, is employed at Saint Alphonsus Regional Medical Center in Boise, fulfilling the dream of that science-loving kid from Blackfoot who wanted to help people. 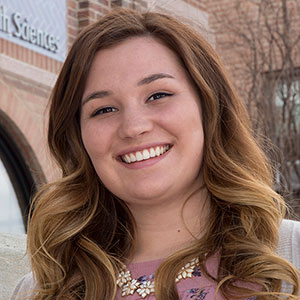 Honors student Alyssa Brock, 19, graduated from Meridian, Idaho’s Rocky Mountain High School in spring 2016 and entered ISU as a sophomore, thanks to credits earned through dual-enrollment and advanced placement classes.

A health science major, Brock received a Kasiska scholarship, easing the financial burden on her family.

Brock’s goal is to become an occupational therapist, a profession that will enable her to help people of all ages recover from injury, illness or learn to live with a mental or physical disability.

“I appreciate the holistic values of O.T.,” she said.

Brock chose to study at ISU because of the friendly atmosphere on the Pocatello campus and the university’s reputation as the state’s leader in health professions education.

She thanks the Kasiska Family Foundation for its generosity. “The scholarship is allowing me to pursue my education more fully. The things I am learning today will allow me to improve lives tomorrow,” Brock said. 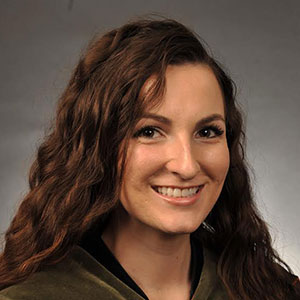 Kylie Auger was the first in her family to go to college.

After graduating from Preston High School in southeastern Idaho, she enrolled in Brigham Young University, then transferred to ISU to study pre-pharmacy.

“I knew I wanted to do something in the medical field and pharmacy seemed interesting,” she said.

Thanks to a Kasiska scholarship and additional financial aid, she was able to complete her pre-pharmacy studies with limited debt before enrolling in the ISU College of Pharmacy’s rigorous doctorate program.

Auger, who graduated in 2016 with a Pharm.D., manages a Walgreens’ pharmacy in Twin Falls.

She loves her job—especially interacting with customers and providing health education.

Auger is grateful to the Kasiska Family Foundation for helping her achieve her career dream.

“I say to them, ‘Thank you for believing in me and making an investment in my future.’ I certainly plan to pay it forward,” Auger said.

Incoming freshmen who have declared a health professions major are eligible for Kasiska Scholarships. On average, ISU awards over $10 million annually to ISU students. Visit https://www.isu.edu/scholarships/ to apply for scholarships.

Simple Guide to follow when applying for scholarships at ISU: