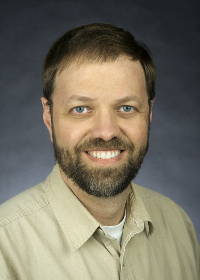 For as long as I can remember I have had a strong interest in biology. From an early age I was fortunate to have parents and family members that supported my interests, and I was further supported by a number of my teachers that were willing to look past any inadequacies to encourage my growth as a biologist. After almost 20 years at ISU, I still feel fortunate to be able to wonder about biology, and I enjoy working with my students to come up with and explore new questions about how living things work. Especially if it involves the study of fishes

My research program focuses primarily on understanding factors that influence the ecology and conservation of native fish populations. Although I am interested in many different types of fishes, over the past 20 years most of my research efforts have been directed towards salmonid fish populations. I view my research program as having three main branches that I believe are important aspects of salmonid fish ecology.

A long-standing and fundamental question of salmonid fish population dynamics in streams has been what are the primary factors that limit their abundance? My studies have examined how food and space competition can be important influences on limiting the abundance of salmonids in streams. Studies I have conducted have led to a better understanding of how concurrent changes in body size and space requirements cause predictable declines in salmonid abundance over time, and that food abundance in streams is often a limiting factor for salmonids.

A natural extension of my studies of food and space competition in salmonids has been the integration of how non-native species influence competitive interactions. In my work at Idaho State University, my students and I have examined how introduced rainbow trout affect native cutthroat trout populations. As rainbow trout and cutthroat trout are sister taxa, they can interbreed and form fertile hybrids that can then result in genetic introgression and extinction of the native population. I have developed collaborative relationships with a number of other faculty that have expertise in population genetics as a way of understanding how non-native rainbow trout populations can displace native cutthroat trout populations based on the degree of genetic introgression. Armed with the ability to evaluate the degree of genetic introgression, my graduate students and I have demonstrated a number of key impacts of non-native rainbow trout, including how hybrid trout express heterosis or ‘hybrid vigor’ both through increased growth and behavioural dominance and how such hybrid genotypes are more common in certain habitats of invaded watersheds than others.

A second major component of my research program is based on the premise that increasing human influences will continue to cause native populations to decline or go extinct. Conservation biologists are then faced with the problem of prioritizing populations to conserve. In western North America, the diversity of fish fauna at a species level of taxonomy is relatively poor, but significant intraspecific variability dictates that protecting biodiversity will require recognizing important within-species levels of diversity. I have approached this problem by trying to develop metrics of morphological diversity in salmonid fishes. I have developed such metrics by examining whether ecological conditions have shaped the phenotype of different populations of salmonids, and whether such differences have a genetic basis or are solely environmentally induced characters. My studies of rainbow trout from British Columbia and cutthroat trout from Alaska to New Mexico indicate a significant component of phenotypic diversity is related to ecological conditions and that such differences have a genetic basis. When combined with phylogeographic studies of the main evolutionary lineages of these fishes, my colleagues and I helped to develop rules for identifying the frequency and distribution of intraspecific diversity in salmonid fishes.

A final component of my research program was also developed out of my studies of the population ecology of stream salmonids by examining how factors such as food abundance can have population-level consequences. Fishes, like all ectotherms, are strongly dependent on environmental temperatures for dictating metabolic rate and energy consumption, which in turn affects growth and reproductive output. Bioenergetic modeling offers the opportunity to calculate how environmental conditions can influence habitat quality based changing conditions such as temperature and food abundance or the interaction between the two. This modeling approach therefore hold the promise of evaluating habitat quality based on the currency of energetic profitability. Because such models are based on temperature-dependent calculations of metabolism, the model allows for estimating changes in habitat quality over seasonal changes in temperature. I think this latter aspect of my research interests may represent a way for biologists to evaluate large scale changes in habitat conditions that will also continue to become increasingly prevalent over time. I have applied this approach as a mean of calculating habitat quality for cutthroat trout populations under increasing temperature scenarios, and I am currently using it to better understand how nutrient supplementation can affect food abundance and habitat quality for Pacific salmon populations in central Idaho.

My ongoing and future research plans are to expand the spatial scale of bioenergetic assessments of habitat quality for stream salmonids. In particular, I am interested in applying the calculations to a large scale transect of stream habitats in western North America. Given that northern latitudes are predicted to experience some of the most dramatic shifts in temperature as a result of climate change, large scale comparative approaches will provide the best opportunity to understand where the most dramatic changes will occur. I firmly believe that biologists will increasingly become called upon to assess how biological communities will respond to temperature change. My research experience and familiarity of stream habitats in both the US and Canada provides me with an excellent opportunity to examine how large scale changes in habitat may influence fish populations over time.