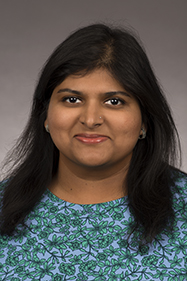 Our research goal is to understand the physiological mechanisms of phenotypic plasticity in organisms. We apply an integrative approach that includes molecular, subcellular, and systemic levels of biological organization. We investigate endocrinological mechanisms by which neural, sensory and motor systems adapt to a changing external environment. We use in vitro and in vivo biochemical manipulations, molecular assays, hormone measurements, in situ hybridization, in-depth behavioral analyses, and measures of reproductive success to assess the hormonal regulation (in both long-term and short-term) of reproductive phenotypes of free-living and captive species of songbirds and fish. While Dr. Pradhan is trained as a neuroendocrinologist and most of her work involves neural mechanisms in the context of regulation of social behavior, she has developed interests in other local signaling mechanisms in specific tissues (e.g. reproductive tissues, muscle, spinal cord) that either undergo dramatic changes associated with life history or functional specialization. The goal of her Integrative Physiology Lab is to understand the mechanisms by which crosstalk between brain and peripheral organ systems regulate timely phenotypic expression, to increase reproductive success in organisms.

Dr. Pradhan is an Assistant Professor of Biological Sciences at Idaho State University, in Pocatello, USA since 2018. Since 2019, she is also an Assistant Editor of the journal, Integrative and Comparative Biology, Division of Comparative Physiology and Biochemistry. In 2014, she earned her PhD in Neurobiology and Behavior from Georgia State University under the mentorship of Dr. Matthew Grober after which she pursued her postdoctoral training at University of California, Los Angeles (2014-2018) in Dr. Barney Schlinger's lab. She was a lecturer at California State University, Dominguez Hills (2017-2018). She completed her K-12 schooling in India, after which she joined University of British Columbia for her B.S. in Biology. She then spent about a year at Department of Fisheries and Oceans in West Vancouver and eventually went back to University of Briitish Columbia to pursue a M.S. in Zoology from under Dr. Kiran Soma. She also received the Dorothy Skinner Award by the Society for Integrative and Comparative Biology in 2015, which recognizes women scientists in the early stages of their career for high scholarship. As part of ISU's Undergraduate Committee, in 2019, she founded "This is Biology" a professional development series for students. She is currently serving as Chair of the Undergraduate Committee.

Pradhan D.S., Solomon-Lane T.K., and Grober M.S. 2015. Contextual modulation of social and endocrine correlates of fitness: insights from the life history of a sex changing fish. Frontiers in Neuroscience 8: 432

Pradhan D.S., Solomon-Lane T.K., Willis M.C., and Grober M.S. 2014. A mechanism for rapid neurosteroidal regulation of parenting behaviour. Proceedings of the Royal Society of London, B, 281 (1786)