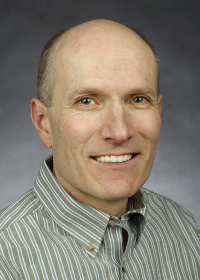 Dr. Rodnick joined the Department of Biological Sciences in 1993. He is a comparative physiologist with primary interests in biochemical, cellular and structural adaptations of cardiac and skeletal muscle. Perhaps the most adaptable cells of vertebrates are those that produce or are subjected to mechanical stress, namely myocytes. Muscle is often called a "plastic tissue" because of its extreme adaptability to altered functional demand. Importantly, both cardiac and skeletal muscle are determinants of locomotion and therefore vital tissues for overall animal health and fitness.

Dr. Rodnick's research focuses on understanding how the environmental variables such as temperature, dissolved oxygen, and diet affect physiological performance of fishes. All but a few fishes are in thermal equilibrium with their environment and either cold or warm temperatures present a significant challenge to normal function. His primary focus is the cardiovascular system of salmonid fishes, with extensions to skeletal muscle. He conducts research to identify the metabolic and functional limitations for trout cardiomyocytes during hypoxia and reoxygenation. His laboratory also very interested in understanding sex differences and steroid hormone effects on cardiac energetics and performance. His work is also directed at helping the aquaculture industry understand nutrient utilization in trout and design better diets to promote efficient growth and health.

Dr. Rodnick's group conducts studies in the field, at aquaculture facilities, and in the laboratory. He employs a variety of techniques, spanning from the molecular to studies of whole animals. Examples of these techniques include field respirometry and swim performance measurements on wild fish, non invasive ECG and echocardiography, direct measurements of blood pressure and cardiac output, in vitro studies with isolated cardiac tissues, biochemical assays of enzyme activity and kinetics, immunoblotting for specific proteins that impact cardiac energetics, and quantitative microscopy.