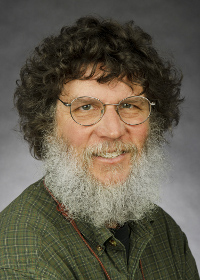 Dr. Williams has been on the faculty at ISU since 1999, after teaching at Nebraska Wesleyan University from 1993-1998. Rick's broad interests in ecology and evolutionary biology are reflected in his varied research experiences, ranging from social behavior of birds and bats to population genetics of seed dispersal, pollination biology, and plant and animal mating systems. His current research concentrates on the evolution of floral form and how it is shaped by plant-pollinator interactions, as well as the functional aspects of plant and insect mating systems. His research emphasizes both ecological field experiments and laboratory analysis of molecular markers. He works with graduate and undergraduate students on a wide variety of evolutionary and ecological topics. Dr. Williams and his students have worked at the Rocky Mountain Biological Laboratory since 1991.