The Master of Arts (MA) in Political Science at Idaho State University started in the early 1970s with the program's first graduate receiving the degree in 1974. Some use the MA as a terminal degree and end up working in public administration, teaching, or other forms of public service. Other graduates go on to complete terminal doctoral degrees. In the summer of 2014, the department started interviewing DA graduates for the departmental Facebook page. Below are the initial set of these interviews. 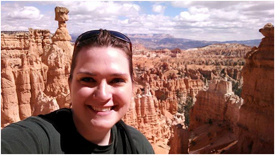 Sonia Conrad received her MA in 2011 and has carved out an excellent career both working in the public sector and teaching at Utah Valley University. We thank Sonia for taking the time to answer some questions about her time at ISU and the Department of Political Science.

Question: What year did you receive your degree from ISU?

Question: What have you done with the degree since graduating?

I am still currently employed with Utah Valley University (UVU) as an Adjunct with the Department of History/Political Science. Just after graduate school, I applied for an open Adjunct posting not assuming that I would be called until I had more experience. Two weeks prior to the following Spring term, I received a call from the department head who discussed my experience with various subject fields, and asked if I would be interested in teaching Political Ideologies (which he acknowledged was not necessarily in my field of study). I asked if I could take a few hours to think about it and I'd get back to him.

Question: What memories do you have of your time at ISU?

I couldn't help but think about a Political Science faculty member's words of advice in a Graduate Philosophy of Teaching course, suggesting that if you're offered a class or position at a university/college, if you think you're capable, take it! So, I did. I determined that it was something that was at least within my scope of knowledge and definitely within my abilities. I did however, have significant background in my graduate studies with different theories/theorists and weighed heavily on books and articles from that coursework. I leaned on the experience, advice and well wishes from my past professors and mentors at ISU before taking it on, and have been ever grateful for their assistance. What began as a significant challenge for an inexperienced, but desiring teacher, has expanded into a comfortable and exciting part-time placement. When met with challenges of grading fairness, classroom management, 'know-it-all' disruptive students, etc., I have continually leaned on the advice of my mentors at ISU. I now feel comfortable with my teaching style, techniques, requirements and classroom management abilities - much of which is due to learning experiences and advice from my friends at Idaho State.

Question: What advice do you have for current students?

It has now been over 2 years since I was first extended the opportunity to join UVU. I have taught anywhere from one to three courses every semester, including some summer courses. My experience may have started out with Political Ideologies, but my focus has been with Introduction to International Relations and basic American Government courses ever since. I have learned the importance of effective study and preparation, tapping in to relationships I built during my own collegiate experience, and in maintaining healthy relationships with other faculty, advisers and department heads at UVU.

Outside of working with UVU, I currently work as an Office/Business Manager for DoxTek, a document management company in Utah, and run their Orem, UT and Marietta, GA locations. I am gaining a wide array of experience using the Public Administration part of my graduate degree for a private entity who frequently works with public agencies. The business principles and practices I learned during my time at ISU through the Department of Political Science, has been valuable both with private and public sectors, as well as, inside and outside of the field of education. 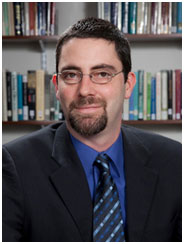 Dr. Jones received his PhD in political science from the University of Oklahoma in 2010. He then completed a two year post-doc at Harvard and for the last two years, he has been an Assistant Professor at Virginia Tech. In 2014 he and his family will be moving to Corvallis, Oregon. Oregon State University was able to entice Mike to return to the West and Mike will be teaching and conducting research in the new PhD program in public policy at Oregon State. Mike has published 13 referred articles at last count and is a co-founder of the Narrative Policy Framework which will be featured this summer in the third edition of Sabatier and Weible's Theories of the Policy Process and in the edited book, The Science of Stories: Applications of the Narrative Policy Framework (due in December from Palgrave Press). We thank Mike for taking the time to talk with us about his time in Pocatello and the Department of Political Science.

Question: What years did you receive your degrees at ISU?

Question: What are your memories of the Department of Political Science? Do you have any memories of courses or professors?

I was in pretty poor shape when I started my BS at Idaho State. I couldn't write very well. My math skills were very, very limited. I had to take noncredit courses in both Math and English to catch me up with the other students (I believe it was English 51 and Math 51). In 1996 I became a single father. The deck definitely felt stacked against me and it was probably one of the hardest times in my life. Despite these obstacles, two professors--for very different reasons-- in ISU's Department of Political Science really facilitated my success. Dr. Gabardi challenged me to read classics in political philosophy; he challenged me to write about it. I fell in love with the canon and it was Dr. Gabardi's onerous reading assignments and critical demand for thoughtful writing and thinking about subjects such as democracy, existentialism, postmodernism, and justice that captured my curiosity. I worked very hard on the papers in his course. Oftentimes my work fell short of his standards. I endured and challenged myself to improve each time--Dr. Gabardi was always willing to take the time to help me improve.

Dr. McBeth (Mark) was also an integral part of my success at ISU (and continues to be today). Mark's classes were conversational, engaging, and, yes even entertaining. It never felt like work. And through courses such as organizational theory I was able to take the material I had learned to love in Gabardi's classes and see how it applied to the real world. Mark also introduced me to social science research, which sparked the idea that I might actually be able to find a place in the world within the Academy. It was just a thought back then as my doubts in my own abilities were quite high. However, without Mark and Dr. Gabardi, I never would have--could have--believed that I could be successful as a professor.

Question: Why did you choose to attend school at ISU and the Department of Political Science?

Serendipity led me to ISU. I grew up in California with my mother. My education was a modest one and I had been in trouble most of my young life. In an effort to get away from my less than optimal situation in California, I moved in with my father out on the Fort Hall Indian Reservation. Idaho State thankfully had an open enrollment policy back then so despite my poor credentialing I was able to go to college. I started off as a computer major but quickly found a home a year later in the Political Science program.

Question: Tell us where you went to school after you left ISU and tell us about your first academic position?

After I left ISU in 2004, I went to the University of Oklahoma to pursue my Ph.D. in Political Science. I wanted to focus on political theory, but it turns out the main political philosopher at OU is a Straussian. I am not a Straussian, so that marriage ended quickly. I moved over to focus on Public Policy, where I started working with Hank Jenkins-Smith. I finished my dissertation and graduated in 2010. My first appointment was as a research fellow working on campaign finance reform at the Edmond J. Safra Center for Ethics at Harvard University. In 2012 I took a tenure track position at Virginia Tech. Longing to get back to the West, I recently took a position with Oregon State's School of Public Policy and will be starting in Corvallis this fall.

Question: What advice can you give our current students about being a political science major and also pursuing further graduate studies?

I regularly encounter professors in our field that try to tell me that what we are doing in political science is relatively unimportant (i.e. nobody is holding their breath waiting to hear what we have to say). Maybe that is true. However, it shouldn't be. The world desperately needs people thinking, writing and acting to deal with the complex political problems we face. Think big and tackle big questions. Think outside the box and don't let dated folks like myself stifle your creativity. Above all, don't be afraid to fail. It will happen and it will happen way more than you would like it to. But above all, have fun. After all, political science is a social science and the social part of it is the best part of all.

As far as graduate studies in particular, I offer three words from one of my favorite thinkers, Foucault: "Resist. Critique. Create." Those three words have served me well. 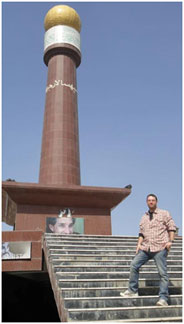 I remember it was very easy to connect with the professors and they were always willing to help. I especially remember Dr. Anderson and Dr. Burns who made their lectures very interesting, fun and challenging as well as providing me with immensely helpful comments during my thesis stage. I have based part of my own pedagogical approach to their teaching style and I have found it to be very successful all around the world.

After graduating from the MA program I taught Western Political Though, Global Issues and composition at two Chinese universities. Since then I have obtained my second MA in Applied Linguistics and TESOL from University of Portsmouth, UK and I am currently enrolled in the EdD program at Exeter University, UK. I have been fortunate to live and teach in China, Thailand, South Korea, Sultanate of Oman, Afghanistan and I'm now teaching at Hong Kong Polytechnic University.

I would advise current and future students to enjoy the variety of courses being offered to figure out which topics interest you. Speak to your professors and get to know them since they are very approachable and it is a fairly small department. And enjoy the outdoors on the weekends!