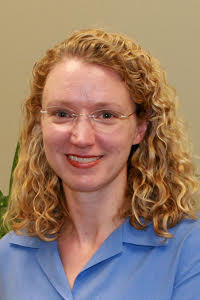 1) Ion exchange separations for the preparation of medical isotopes

Project 1 is part of a collaboration with the Idaho Accelerator Center to develop electron linear accelerator sources of medical isotopes. Medical imaging frequently uses technetium-99m which is produced by the decay of molybdenum-99:

Molybdenum-99 is currently produced by separation from a mixture of nuclear fission products. The reactors which are used for this process are aging which puts future supply in jeopardy. New methods of producing molybdenum-99 or alternative radionuclides are therefore needed.

The current focus of the product is the production of copper-67 via a photonuclear reaction in zinc:

This isotope decays by β emission with an average particle energy of 141 keV and also emits γ photons of energies 93 keV and 184 keV. These two characteristics make copper-67 suitable for simultaneous imaging and radioimmunotherapy which is a very desirable combination.

The key criteria for a successful separation are specific activity, purity, and total yield. Specific activity is the ratio of the activity of the target isotope to the total mass of all isotopes of that element, usually in kCi/g. The purity refers to the absence of other elements, in this case primarily zinc. Total yield is the amount of the target isotope produced.

Future work will include developing other separations for radionuclei which are suitable for medical imaging, radioimmunotherapy, or both.

Methyl nitrite is a gas phase molecule formed in the atmosphere by the reaction of methoxy radicals with nitric oxide:

In equation (1), the dots indicate that those molecules are radicals with unpaired electrons. This makes these radicals particularly reactive. In daylight, methyl nitrite rapidly photolyzes to reform these radicals:

Since the methoxy radical (CH3O•) and nitric oxide (NO•) are both key intermediates in photochemical air pollution, methyl nitrite serves as a night-time reservoir, or storage molecule, that contributes to the "aged smog" phenomenon. This is where a pollution episode is worse on a second day due to pollutants that have not been removed from the atmosphere overnight.

High resolution Fourier Transform infrared spectrometry has been used on a variety of reactive molecules to measure their abundance in the atmosphere. This measurement technique uses the Beer-Lambert law which says that the absorbance is proportional to the concentration of the absorbing molecule and the path length over which this absorption occurs:

Here I(λ) and Io(λ) are light (as a function of wavelength) with and without absorber. The absorption coefficient is a characteristic of the particular molecule being studied. In the atmosphere, the concentrations are typically so low that a long pathlength (100's of meters) is typically required. The absorption coefficient is measured in a separate experiment, the pathlength is determined by the geometry of the experiment, and the absorbance is calculated from measurements of I(λ) and Io(λ) so that the concentration can then be determined. The role of laboratory studies such as in this project is to measure the absorption coefficient as a function of wavelength (λ), understand how it changes with pressure and temperature, and, most importantly, to understand why the absorption coefficient (or the "spectrum") of the molecule looks the way it does. This understanding is particularly crucial when the spectrum of the molecule being measured overlaps with the spectrum of other molecules that are present in the atmosphere and therefore might interfere with determining the concentration of methyl nitrite. Figuring out which lines (features in the spectrum) belong to which molecules can be a challenging task.

In a simple linear molecule like CO2, the spacing between the lines is directly proportional to the moment of inertia. Using the masses of the atoms and the moment of inertia, the bond lengths can be determined. For a large, asymmetric molecule like methyl nitrite, the pattern of lines is more complex and figuring out which lines correspond to which transitions between energy levels ("assigning the spectrum") is an involved process. The amount of information that can be obtained is also larger as well. The methyl group in methyl nitrite can rotate and this internal rotation can be investigated. Methyl nitrite also possesses two isomers. These two isomers only differ by rotation about the O-N bond. Both of these isomers are present in a sample of methyl nitrite and are observed in the spectrum.

The objective of this project is to measure and analyze the vibrational bands of methyl nitrite. The measurements will be made in the William R. Wiley Environmental Molecular Sciences Laboratory (EMSL) which is operated by Pacific Northwest National Lab (PNNL) for the Department of Energy. The High Resolution Infrared Spectroscopy Laboratory within EMSL has a Bruker IFS120 spectrometer that is capable of measuring infrared spectra at 0.0015 cm-1 resolution. Once the spectra have been measured at high resolution, they will be assigned and a nonlinear least squares fit will be performed to extract the constants characterizing the structure, cis-trans isomerism, and internal rotation of the molecule. Additional methyl rotor containing molecules to be investigated include methyl glyoxal, CH3COCHO.

CFC's have been implicated in polar ozone depletion ("the ozone hole") as the source of chlorine atoms. Replacements for CFC's have focused on molecules which are inert enough to be used for the same purposes as CFC's but reactive enough to break down in the troposphere rather than reaching the stratosphere before breaking down like CFC's. Release of Cl in the decomposition of CFC's in the lower stratosphere results in catalytic destruction of ozone:

This project will measure and analyze the rotationally resolved spectrum of replacement molecules such as HFC-125 (C2F5H) for reasons similar to those in project 2. CFC replacements could potentially be used in large amounts and are more stable than many pollutants and therefore reach concentrations in the atmosphere greater than that of a pollutant like methyl nitrite. An additional concern with these CFC replacements beyond pollutants like methyl nitrite is their absorption of IR radiation in the atmosphere. Changes in the absorption of IR radiation in the atmosphere (the greenhouse effect) can affect global climate.

Project 4 focuses on the development of pedagogical materials for chemistry in general and physical chemistry in particular. The symbolic math engine Mathematica has a built-in command, "Manipulate[ ]", which makes it very straight-forward to turn a static visual into an interactive simulation. The Wolfram Demonstrations Project is a free online resource that publishes these "demos". For examples, see the following:

Future work on this project will involve design and production of more of these demos for physical chemistry and other areas of chemistry.