Welcome to the Idaho State University (ISU) Janet C. Anderson Gender Resource Center (GRC). The GRC has been on the ISU campus since 1998. The GRC was created by the ISU Student Senate to honor the very well respected Dean of Student Affairs, Janet C. Anderson who was retiring and whom the center is named after. 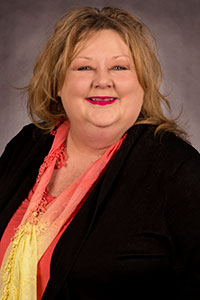 Students, faculty and staff are invited to join us for a viewing of the PBS Frontline documentary, "Sex in America." Thelma Anih will be presenting, "The Aftermath:Coping With Mental Health After Escape." Deidre Caputo-Levine will presetn, "Reducing Individual and Community Risk for Sex Trafficking." There will be activities during the training to enage attendees in learning about human traffiking. The symposium will end with a presentation on action steps that citizens can take to support an end to human trafficking.

A green dot is any behavior, choice, word or attitude that promotes safety for all citizens and communicates utter intolerance for violence. Take part in this leadership opportunity to learn how to be an active bystander and stop power-based violence.

If you are a certified Green Dot graduate, wear your Green Dot t-shirt to show solidarity in stopping power based personal violence. We want to fill campus with green dots!

The Gender Resource Center and the Title IX office, is holding a screening of the documentary, Roll Red Roll.

Roll Red Roll follows the assault of a teenage girl by members of the beloved high school football team and goes behind the headlines to uncover the deep-seated and social media fueled "boys will be boys" culture at the root of high school sexual assault in America by creating conversation around rape culture, bystander intervention, and community accountability.

The film screening will be followed by discussion and Q&A.

There will be a panel of international students discussing the evolment of women's issues around the World.

Join us for the symposium on topics related to positive body image. A full list of topics will be posted on the Gender Resource Center website.

HOW IT ALL BEGAN...Meg was paralyzed in St. George, Utah when she accidentally jumped off a 40-foot cliff, breaking both her femurs, arms, collar bone, and neck in the landing. She became a C-7 quadriplegic.

Though confined to a wheelchair, Meg refuses to sit still. She started out her time in a wheelchair playing rugby, also known as Murderball, with the Utah Scorpions. Less than a year and a half after her injury, Meg represented Utah as an independent delegate at the national Ms. Wheelchair America Pageant in New York, winning the Spirit Award. That same year, Meg founded Utah’s chapter of the Ms. Wheelchair pageant.

Her work has touched many on a local, national, and international level and Meg was the recipient of the Athena Leadership Award in 2012.

In addition to numerous television and print stories, Meg was the cover story for Wasatch Women in 2008. She has been the inspiration for several documentaries and movies including Falling Up.

Meg was paralyzed halfway through college, but finished her degree at Weber State University. She has a BA in Communications with a minor in English. Part of her college experience was as an intern at Walt Disney World.

Keith Smith, the author of Men in My Town, is a Stranger Abduction Sexual Assault Survivor and a Keynote Speaker on the topic of Childhood Sexual Abuse.

In 1974, at the age of 14, Keith was abducted, beaten and raped in his hometown of Lincoln, Rhode Island by a recidivist, pedophile, predator. His assailant was arrested and indicted but never went to trial. He never went to trial because he was brutally beaten to death in the streets of Providence, Rhode Island before his court date. Thirty-eight years after his murder, no one has ever been charged with the crime.

Wear denim in support of victims of sexual assault.

Join us on January 28th for "Anti Human Trafficking Symposium." The event will be held in the Wood and Little Wood River rooms in the SUB, from 1:00 p.m. to 5:00 p.m.

How To Ask About Gender

When open-ended questions are not possible:

Gender Identity (choose all that apply)