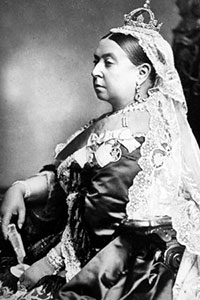 Queen of the United Kingdom

Spouse: Albert of Saxe-Coburg and Gotha

According to one of her biographers, Giles St Aubyn, Victoria wrote an average of 2,500 words a day during her adult life. From July 1832 until just before her death, she kept a detailed journal, which eventually encompassed 122 volumes. After Victoria's death, her youngest daughter, Princess Beatrice, was appointed her literary executor. Beatrice transcribed and edited the diaries covering Victoria's accession onwards, and burned the originals in the process. Despite this destruction, much of the diaries still exist. In addition to Beatrice's edited copy, Lord Esher transcribed the volumes from 1832 to 1861 before Beatrice destroyed them. Part of Victoria's extensive correspondence has been published in volumes edited by A. C. Benson, Hector Bolitho, George Earle Buckle, Lord Esher, Roger Fulford, and Richard Hough among others.