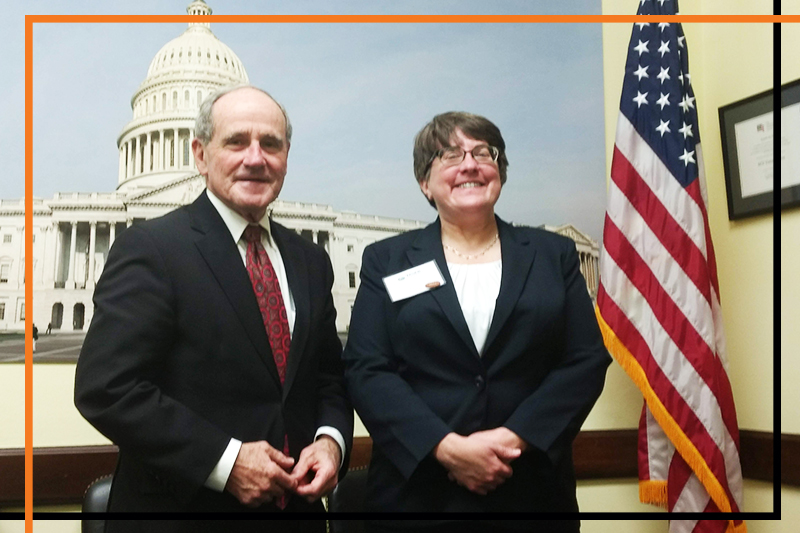 Lorinda K. Smith, Clinical Assistant Professor and Director of the Anatomy & Physiology Laboratories at the Sam and Aline Skaggs Health Science Center in Meridian is advocating for increases in research funding for the biomedical and biological sciences. Smith participated in Capitol Hill Day on March 7, 2019, organized by the Federation of American Societies for Experimental Biology (FASEB).

Smith attended FASEB’s advocacy training in Washington, DC., followed by congressional meetings that took place in small teams. She was teamed up with a scientist from Utah and a FASEB Science Policy Analyst who acted as a guide. The team met with the offices of Idaho Sens. Mike Crapo and James Risch, and Rep. Russ Fulcher as well as several Utah Congressmen.

These advocacy efforts were timed with the budgetary planning for fiscal year 2020. “Our message to Congress was to encourage stable and sustained funding for scientific research through the National Science Foundation and the National Institutes of Health” Smith said. “This funding is necessary for continued improvement in human health, a greater understanding of life-threatening disease, support for the next generation of researchers, and keeping the United States internationally competitive.”

“I look forward to following up with our Idaho Congressmen to encourage their support of this bipartisan issue that is fundamental to the health and education of Idahoans,” Smith said. “I’m thankful to FASEB for the opportunity to represent Idaho scientist/educators, and also the American Association for Anatomy, who sponsored my participation.”