Dave Hanneman has more than 37 years of experience in firefighting, emergency management and emergency medical services. He assisted in developing the ISU Fire Services Administration (FSA) degree program and has been an adjunct since 2007 teaching in the FSA and Homeland Security and Emergency Management programs. This fall he joined Idaho State University, Emergency Services Department as a clinical assistant professor and the FSA Program Director.

He started his career in 1984 with the Cole-Collister Fire District in Boise. He transferred to Boise Fire Department in 1988 where he worked for 21 years and achieved the rank of deputy chief.  In 2008, he became the fire chief of the city of Chula Vista where he implemented a new paramedic program and developed a fire facility master plan.  In October, 2014, Dave became the new fire chief of Idaho Falls Fire Department and is now retired.  Hanneman holds an AAS and BAS in fire service technology from Boise State University and a M.Ed. in professional technical education from the University of Idaho. He serves as Chair of the committee on Incident Management Teams with the National Fire Protection Association and contributes to several publications in the Fire Service. Since 2008 he has been designated as chief fire officer from the Center for Public Safety Excellence. He has provided instruction in many areas of fire and EMS services including leadership, incident management, and public information. Mr. Michael Mikitish is the Department Chair of the Emergency Services Department and Director of the Institute of Emergency Management at Idaho State University-Meridian (ISU). Michael holds a Master of Science in Business Administration from Boston University, a Masters in Public Administration from Boise State University, and a Bachelors of Science in Public Administration, Criminal Justice major, from the University of Arizona. From 1982-2005, he served in the U.S. Army in a variety of positions, including Pershing missiles Platoon Commander and Operations Officer, Field Artillery Battery Commander, Combat Maneuver Training Center Observer Controller, Field Artillery Instructor, Battalion Executive Officer, Division Fire Support Coordinator, Training Support Battalion Commander, and Professor of Military Science. Michael also owns a IT Cloud Service business with his son providing Cloud and Network Services to small and medium business across the US. 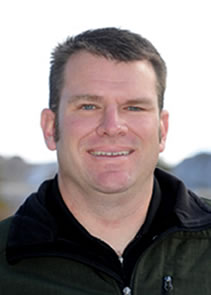 Experience/Career Path: Deputy Chief Charlie Butterfield began his fire service career in 1996. Chief Butterfield has worked in a variety of Idaho fire departments including the City of Sun Valley Fire Department, Wood River Fire and Rescue and the City of Meridian Fire Department.  Chief Butterfield has held several ranks to including  Firefighter, Senior Engineer, Lieutenant/Paramedic, Assistant Fire Chief , Division Chief of Planning,  Deputy Chief of Operations as well as Interim Fire Chief. He currently serves on the Executive Board of the Idaho Fire Chiefs’ Association and represents the Idaho Fire Chiefs on the Board of Western Fire Chiefs’ Association- a division of the International Association of Fire Chiefs.

In his spare time, Charlie enjoys traveling, snow skiing, boating and spending time with his son Bryson and his wife Amy. 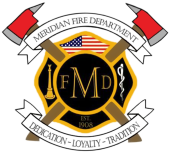 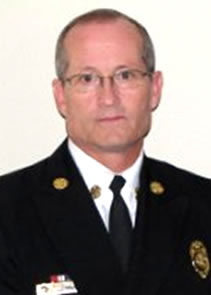 Irwin began his employment career in retail management where he worked for over 13 years. During the past few years of this career he became involved in volunteering for both a Fire Department and EMS service. In 1989, Irwin was hired as a career firefighter with the Lee's Summit Fire Department where he enjoyed a great career and retired at the rank of Assistant Chief of Operations. Irwin accepted an appointment with the Pocatello Fire Dept in Jan 2009, and served there as Fire Chief until August of 2012 when he accepted the position of Fire Chief in Springdale, AR. Irwin says Springdale FD is a great department and has a very bright future. His ultimate goal is to provide the best, most efficient emergency services available, while continuing to improve the department, and the goal of achieving accreditation. 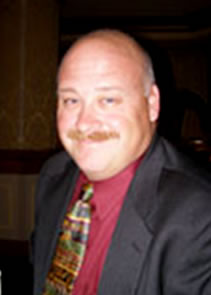 Robert has been in the fire service for over 27 years between volunteer and career departments. He has served the Middletown Fire Department in Connecticut for 23 years in various ranks including: Lieutenant, Training Division Captain, Deputy Chief, and in 2014 was promoted to Fire Chief.

Robert is involved in many community organizations including the Vice President of the Middletown Kiwanis and the Advisory Board on the Middletown Salvation Army. Mike Ward has four decades of emergency service experience, starting as a hometown volunteer firefighter/EMT. Spent a career as a firefighter/paramedic with the Fairfax County (Virginia) Fire and Rescue Department in suburban Washington D.C. Worked in every division, retiring as the acting director of the EMS Division. While on the job obtained state/ProBoard Fire Officer III, Fire Instructor IV, HazMat Technician as well as EMT Instructor-Coordinator credentials. Earned a Bachelor of Science in Fire Science Management and a Master of General Administration in State and Local Government from the University of Maryland Global Campus. Credentialed as a Member of the Institution of Fire Engineers.

Appointed to a non-tenure Assistant Professor of Emergency Medicine position at The George Washington University (Washington D.C.) to build an online bachelor’s degree completion program serving working EMS caregivers. Author of the NFPA/IAFC textbook Fire Officer: Principles and Practice, 4th edition. Later, Ward worked as an executive director in hospital-based paramedic/911 ambulance/medical transportation departments in New Jersey and Tennessee. Credentialed as a Fellow (executive) with the American College of Paramedic Executives. Completing a Ph.D. in Public Policy with a focus on Emergency Services at the University of Maryland Baltimore County. 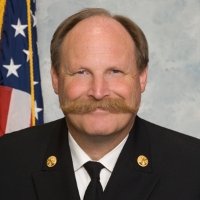 Jim has been involved in the provision, training, education, and administration of fire and emergency services for more than forty years, with 20 years at the Chief Officer level. Experiences have ranged from Fire, Emergency Management, EMS, Hazardous Materials, and Rescue, to training, education, supervision, management, administration, and leadership. Educational experiences include curriculum management, and online course development and instruction. Through those experiences, Jim learned to deal positively with students, teachers, responders, administrators, community leaders, and elected officials from planning and training, to crisis and recovery situations.

Jim has an Associate’s and Bachelor’s Degree in Fire Science, and a Master’s Degree in Education, specializing in Instructional Technology. In addition, he has almost completed his Doctoral research, focusing on Distance Education and its implication for the national and international Fire Service and Emergency Management response communities. Certification as an Executive Fire Officer from the National Fire Academy and California Certified Chief Officer rounds out his education and training background.