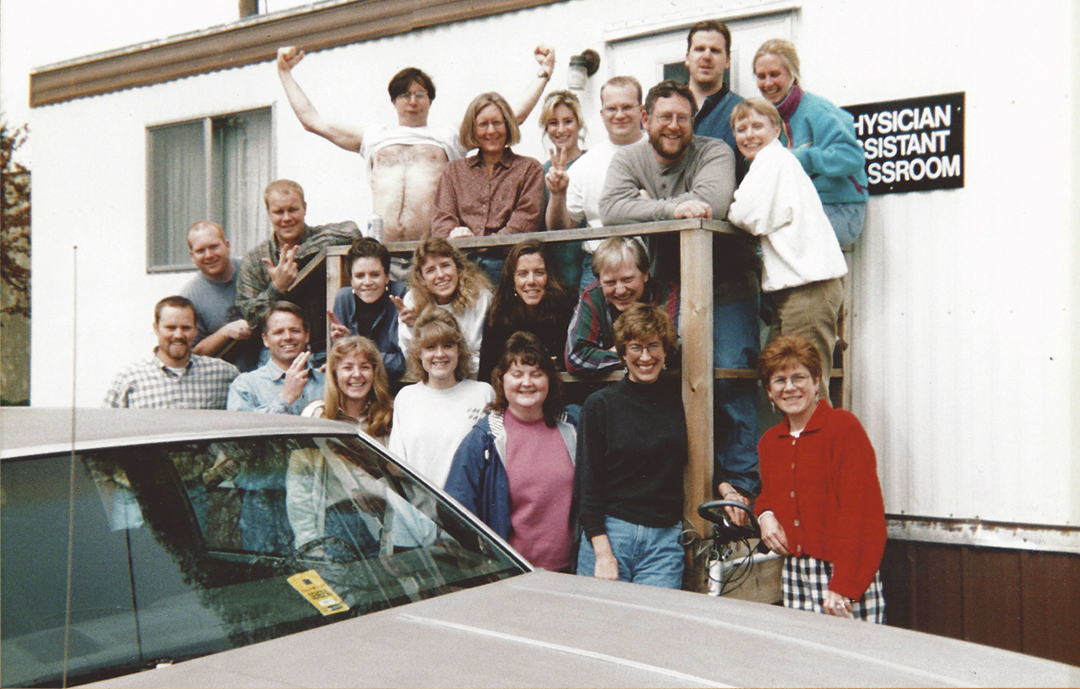 POCATELLO - Walter Stein, first-ever director of the Physician Assistant Program, says the program has been a much-needed asset to healthcare in Idaho since its inception in 1995 - exactly 25 years ago.

“I developed the curriculum and I had a few programs to work from. I was at George Washington University for 15 years, then in New York, then in Idaho,” said Stein, who started the nationally-known medical Spanish program. “I had to go in front of the curriculum committee, and I guess I was a pushy New Yorker. But after we got the curriculum through, we had to find a space.”

The space, for the first year or two, was a single-wide trailer that now resides in Davis Field. The first class was 20 students.

The program began as a baccalaureate program, becoming a Master’s program in 2003 under the direction of John Schroeder, the program’s second director.

“I was lucky enough to be hired to be in charge of converting ISU’s program from a Bachelor’s to a Master’s,” Schroeder said. “We revised the curriculum to add in graduate-level research content, we upgraded the medical content in the curriculum, brought on more faculty, and ultimately expanded the program over to the Meridian campus and the College of Idaho campus in Caldwell.”

Paula Phelps, the first faculty hired for the program and the current director, says the program has grown by leaps and bounds since she arrived.

The program is highly competitive, and was recently ranked #64 in the nation by US News and World Report. The department only accepts 72 students from between 750-900 applications per year. In fact, over half the students in the program come from out of state. The number of applications has always been high, but the program started out admitting only 30 students.

“The clinical training is suited toward someone to work in a rural area,” Stein said. “That kind of experience sets ISU apart.”

The focus of their 25 year celebration will be that the program is among the leaders in the country for their Latino health track, offering scholarships each year to ten students. However, Phelps stated the grant that has been supplying those funds is about to run out, so they’re looking for anyone willing to support their program’s endeavors to make a contribution.

“Idaho State’s known for this program and grant, and I really don’t want that to go away,” Phelps said. “People who speak Spanish are needed in the field.”

Schroeder said the people really made the program during his time at Idaho State.

“I think one of the real strengths of the program was the faculty and the staff,” he said. “I’m really proud of what the faculty was able to accomplish.”

Stein said that, during his time in Idaho, ISU’s program changed with the times, improving all the while.

Phelps says that her time with the program has been like raising a child.

“My husband and I raised two daughters, and after 25 years, the PA program has been raised, too,” she said. “All of the children who have graduated are my children as well. We’re just about to have 1,000 students that have graduated from our program.”