ISU-Meridian hosts “Stop the Bleed” training for faculty and staff 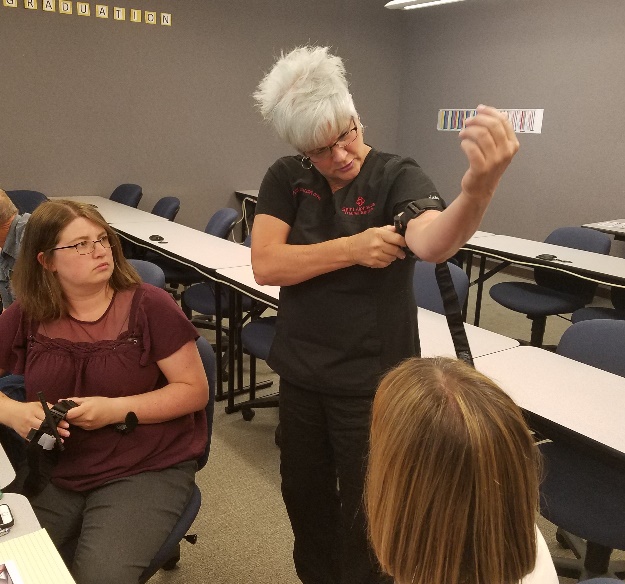 The ISU-Meridian Public Safety Department sponsored the free event which was called “Stop the Bleed,” a national awareness campaign to equip and encourage bystanders to assist in bleeding emergencies before professional help arrives.

Campaign founders note that bleeding is the top cause of death in traumatic injuries, and that quick-bleeding control techniques can prevent up to 20 percent of those deaths.

The program was initiated after the 2012 mass shooting at Sandy Hook Elementary School in Newtown, Connecticut that left 26 children and adults dead.  Officials say some lives may have been saved had bystanders had the knowledge to control traumatic bleeding before emergency medical personnel arrived.

Meridian participants learned how to identify a life-threatening emergency and take immediate steps to control blood loss—including applying hand pressure, a compression dressing or a tourniquet.

ISU-Meridian Security Supervisor Earl Scharff says in addition to workplace emergencies, the training could come in handy during off-site incidents, such as traffic accidents or injuries sustained while hiking, camping or biking. “You could help save others—or even yourself,” he said.

Read more about the “Stop the Bleed” campaign and simple measures that can save lives at ww.stopthebleedingcoalition.org and www.dhs.gov/stopthebleed.