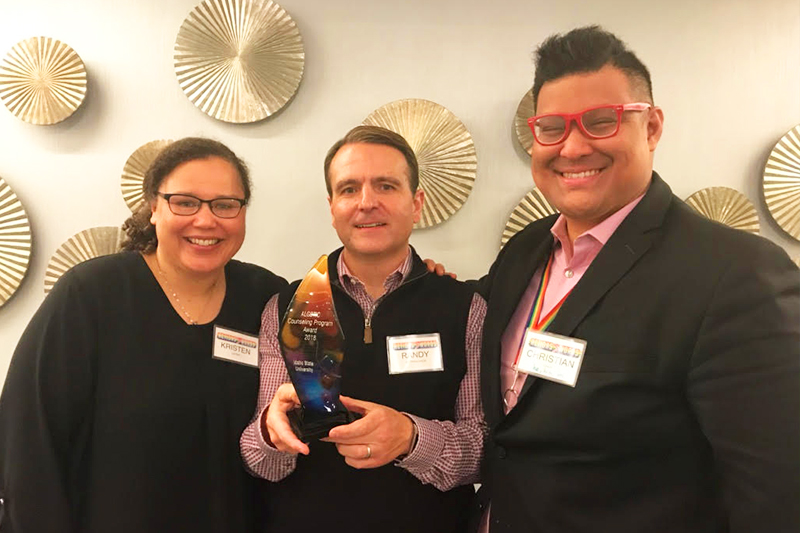 Idaho State University’s (ISU) Department of Counseling received the very first Association for Lesbian, Gay, Bisexual and Transgender Issues in Counseling (ALGBTIC) 2018 Conference Award. The newly created ALGBTIC award is presented biennially to a counseling program that has demonstrated a commitment to the promotion of LGBTQQIA+ awareness and affirmation.

ALGBTIC introduced five new awards at this year's conference. In a letter recognizing the ISU Counseling Department as the first recipient of the new Association for Lesbian, Gay, Bisexual and Transgender Issues in Counseling award, ALGBTIC President Jared Rose said, “We are very pleased to also share that these new awards, while created initially for our 2018 Conference, have also recently been approved by the ALGBTIC Board of Directors as ongoing, biennial awards. As such, while this will be the inaugural year for the awards, they will be continued as part of ALGBTIC's ongoing mission and conference efforts.”

For more information on the award or on ISU’s counseling center, contact Lori Medellin at medelori@isu.edu.