Please, Let me Finish My Sentence 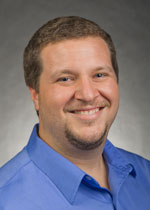 That's how audience members at February's TedX talks in Idaho Falls felt after experiencing what it's like to speak with a stutter for just 30 seconds. For Idaho State University Professor and TedX presenter Dan Hudock, that's something he has to live with everyday of his life. But it doesn't have to be that way.

For years, Hudock has educated people with communication disorders about how to reduce their stuttering and use specialized techniques to overcome repetitions, prolongations and blocks in their speech. Those techniques, however, can be draining, difficult to maintain for long periods of time and can make the speaker feel as if they are "putting up an act" and not showing who they truly are. Hudock says one solution to this is for the general public to accept the communication disorder and let the speaker finish their sentence.

"Research shows approaches that focus on acceptance, openness and increased self-worth have longer-lasting results than therapies with fluency as the primary goal," says Hudock. "We want to be more in control of our stuttering when giving a presentation or speaking professionally, but when we are with our friends and family, we want to feel like we can be ourselves."

Hudock goes on to explain the role the general public can play by being aware of various communication disorders and the inaccurate stereotypes that are tied to them.

"Individuals who stutter are often seen as being more anxious, less confident and many people believe those with a stutter should be able to better control their speech," says Hudock. "Acceptance of my choice—and my right—to decide when and how to stutter will help in the long run compared to putting a high value on fluency over self-worth and openness."

The difference in brain structure of people who are consistently fluent compared to people who stutter is in the connections between the part of the brain that decides what to say and section that manages speech production. A person who stutters spends about half as much time preparing to speak compared to a non-stutterer. It's a difference of only 200 milliseconds, but it can have a big impact on speech production. Hudock has received a grant from National Institute of Health to examine brain activity of people who stutter and fluent speakers. He will use high-density Electroencephalography (EEG) to examine the timing and frequency aspects of neural motor and neural sensorimotor processes.

"In other words," Hudock says, "we’re looking at how and when brain areas activate for speech. Our hope is to one day be able to better predict which children are more likely to recover from stuttering and to identify neural markers associated with therapeutic change—what and how does therapy help."