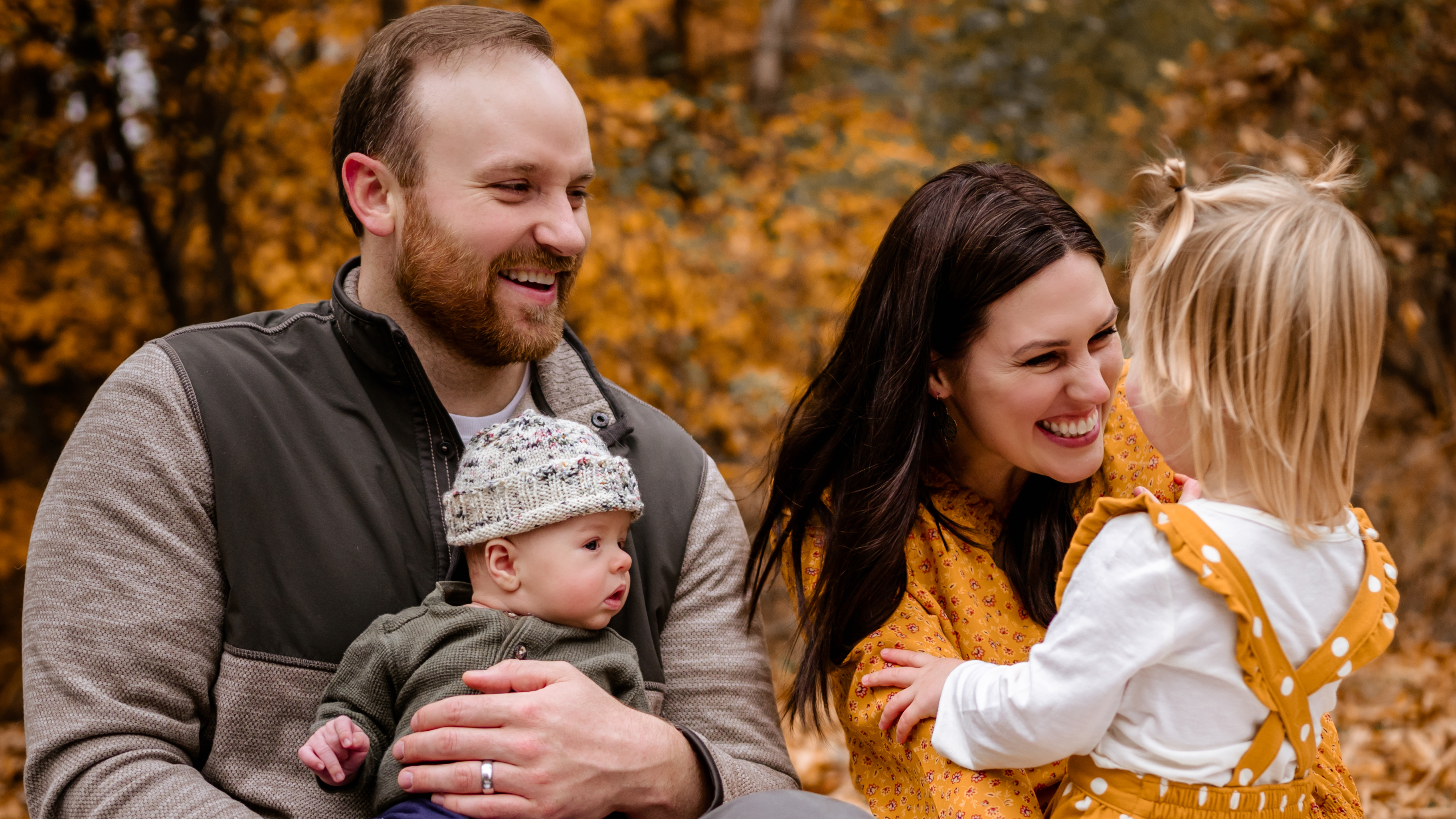 In 2016, Russel and Bonnie Hill were working on wrapping up their Masters of Business Administration (MBA) degrees in the College of Business at Idaho State University and contemplating their next career moves.

After a move to the Detroit, Michigan area, two kids, two houses, an office on the 35th floor of General Motors’ global headquarters, and a fellowship working with the CEO of one of the leading comprehensive health care systems in the United States, the couple has come a long way since they left Pocatello.

Bonnie Hill came to General Motors (GM) directly from ISU, where, as a member of the ISU College of Business’s chapter of the Association of Computing Machinery, she participated in interviews with a GM recruiter who came to campus. Since joining GM, she has steadily advanced, earning her Project Management Professional (PMP) certification and moving into her current position of Global Corporate Functions IT Business Analyst, Project Management. “My role allows me to rub shoulders with the best in the industry,” Bonnie said, and that sometimes means quite literally, since her office is not far from that of GM’s Chief Information Officer.

Although large corporations often have a reputation for being averse to change, Bonnie said that her experience with GM has been quite the opposite. For instance, Bonnie pointed out that GM’s name and size actually makes it easier to work with third-party information technology vendors. Whereas smaller firms may not receive immediate responses to their requests, Bonnie’s experience is that vendors are usually very responsive to requests from GM because they do not want to lose the corporation’s business.

Similarly, GM’s CEO, Mary Barra, the first female chief executive of a major automaker, has led the company’s pursuit of cutting-edge projects ranging from making equity and inclusion a core corporate objective to making substantial investments in carbon-neutral technology, electric and autonomous vehicles, and joint ventures with other automakers. In Bonnie’s field of information technology, GM’s industry-pioneering introduction of OnStar means that the company has 25 years of incident data to mine for insights into further improvements to vehicle safety.

During his time in the MBA program at ISU, Russel Hill participated in the International Collegiate Business Strategy Competition (ICBSC), where he served as his team’s CEO. “The experience with ICBSC gave our team the chance to see what it is like to run a company without training wheels,” Russel said. “The competition teaches you how to run meetings, how to be creative and make decisions under stress, and it really shows that you need to be able to trust others because there is no way that any one person can get all the work done alone.”

Following his graduation from ISU’s MBA program, Russel worked briefly as a mortgage officer for Flagstar Bank before landing a coveted Administrative Fellowship with the CEO of the Henry Ford Health System. The fellowship provided Russel with unique access to executive-level conversations in one of the leading not-for-profit healthcare systems in the United States and launched his career in healthcare administration. He is now a Group Practice Operations Director for the Henry Ford Health System, leading a variety of dental operations for the organization.

During their time as a married couple taking many of the same MBA classes, Russel and Bonnie often found that they would continue to talk about classes at home, even (annoyingly) on weekends. Those conversations yielded some interesting insights, however, such as when they compared notes and discovered that their teams had used very different strategies (that achieved very different results) in the “Mount Everest Simulation” in Dr. Bolinger’s Negotiation and Decision Making class.

Russel also remembers a humbling take-away from the ICBSC, where his team took the advice to develop a strategy from the beginning and stay true to it. That approach backfired when competitors started replicating his company’s strategy and eroding market share, allowing another company to take over the industry lead. “From that experience,” Russel said, “I learned that you have to be willing to regularly challenge your beliefs and be open to not staying the course when a strategy is not working.”

And serving as his team’s CEO in the ICBSC had the benefit of preparing him for interactions with those in the C-suite. During the fellowship interview process, Russel recounted how he “had no problem walking right up to Henry Ford’s CEO and making conversation, because ICBSC gave me confidence that he and I would have something in common to talk about.”

From one CEO to another.

In just five years, Russel and Bonnie Hill’s lives have changed substantially, and their time at ISU laid the foundation for each of them to realize early-career success. “In the Henry Ford Health System, I have gotten to know many graduates from large universities in the Big Ten and around the country,” Russel said, “but the talent of the students and the quality of my education in the College of Business at ISU was every bit comparable.”

In other words, from ISU’s College of Business, you can go anywhere.