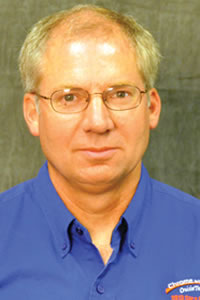 I was approached by a man that wanted to hire me to build a 1970 Pontiac Trans Am. He said that when he was a little boy, his dad bought a 1970 Trans Am brand new (as the family car), and he had great memories of how that car looked and drove. After a time of negotiation and working out the expectations, we agreed on a plan that would suit us both with him getting the car he wanted and me building the car of my dreams. As one of the requirements of the deal, he said that his dad now owned a Ferrari and that the Trans Am had to be faster than the Ferrari and be able to beat it in a race! The next year was an amazing opportunity to find, build and deliver such a special car to this man. As a side note, the cars never did race, but I got to drive both of them, and yes the Trans Am would have won. 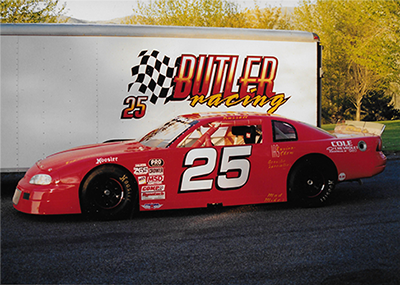 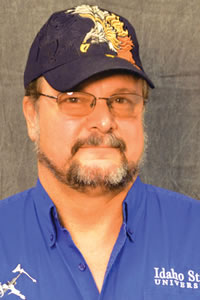 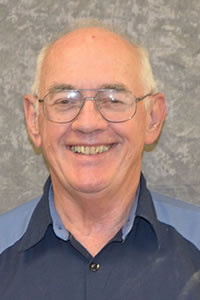 I was born and raised in Madison, South Dakota.  Graduated high school in 1966 and went directly into training in the U.S. Air Force.  I spent four years in the Air Force, which included two tours in Viet Nam.  I was discharged at Davis Monthan Air Force Base in Tucson, Arizona in 1970.

I went to work for Empire Machinery, the Caterpillar dealer in Tucson in 1970.  I spent a total f 37 years as a Field Service Technician.  I worked another 8 years as a John Deere Field Service Technician and Retired.  I returned to Pocatello, Idaho in 2014 and went to work in the Auto Collision Repair and Refinishing department at ISU.  I am currently working as an Instruction Assistant, and oversee the tool room.

In 1990, Caterpillar introduced the 994 Wheel Loader.  Due to the size of the machine, it was shipped directly to the mine where I was the resident technician.  Tis unit was shipped in on 9 trucks, assembled by my crew and all the preliminary steering and brake testing was done at the mine site.  The 994 Loader weighs 430,000 pounds, and was equipped with a 25 cubic yard bucket.  After all the testing was completed; the loader was released to go to work at the mine.

The next machine to arrive was Caterpillars new 240 ton truck.  This unit came in on 4 rail cars, it was also assembled at the Cyprus Sierrita Mines.  After it was assembled the testing began.  I got to drive the truck for approximately 95% of the tests and procedures.  Total weight of the loaded truck is 830,000 pounds.  The truck has a width of 24’ and when the dump bed is raised into the air, it reaches 5 stories high.

These were the first two units in the world; it was an honor to be involved in the assembly and testing. 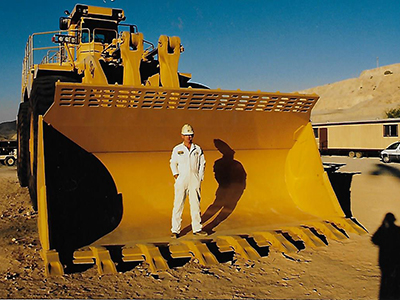