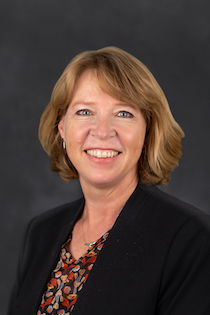 MERIDIAN – While technology has been implemented in every facet of patient health, there are always ways to improve on patient care, particularly when it comes to preventative care.

That’s where the work of Melanie C. Wright, research associate professor with Idaho State University’s College of Pharmacy comes in.

Wright and a team of experts have been working to create an integrated graphical display that would help doctors and nurses more quickly diagnose circulatory shock and sepsis, a life-threatening medical emergency caused by the body’s extreme response to an infection.

“We don’t need to have the different pieces of equipment each providing information on their own screens or outputs,” Wright said. “We’re trying to move to a world where everything uses a common language and can be input into a common computer, and we can now take all of that and put it in a clearer picture for doctors, nurses, pharmacists, and whoever else needs the information.”

As many as 300,000 U.S. hospital patients die each year from problems like sepsis, and 15,000 or more of these deaths are preventable. This work would also help prevent invasive procedures due to late detection of unexpected deterioration and emergencies such as cardiac arrest, respiratory arrest, sepsis and bleeding.

The work Wright and others have been doing with medical staff has had promising results. A total of 32 physicians participated in the latest study, with results indicating more rapid and accurate circulatory shock diagnosis, as well as providing evidence that graphical displays may help reduce expert–novice performance gaps.

“They’ll get the same information they’ve been getting, but hopefully better organized and structured,” Wright said. “It’s what your email has been doing already - highlights the new mail. That’s why it’s called augmented intelligence, not artificial intelligence.”

Wright says it’s not just the idea of using technology, it’s how making sure it’s being used in a way to provide the most accuracy.  With her newly funded grant, the focus of the work is on how to make complex augmented intelligence methods, such as machine learning, transparent and useful to users.

“In terms of the high-tech approaches, it’s not just ‘here’s the answer, go do this,’ because we’re not there yet,” Wright said. “This is all geared toward helping the medical staff spend less time with computers so they have more time with the patients. Doctors and nurses can get the information needed in the right timing, to prevent or reduce negative effects of the problems that arise while they are hospitalized.”

Wright says that, with the work she’s been doing for the past 20 years, she’s seen health care shift from focusing on treating patients as they have medical issues to working toward preventive health care. She’s excited that her work contributes to this focus.