POCATELLO – English Professor Brian Attebery has given public lectures and visited multiple universities in the United Kingdom as he serves as Leverhulme Visiting Professor at Glasgow University this spring and summer. 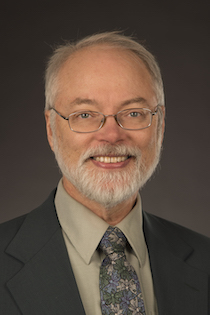 During his time in the United Kingdom, Attebery has visited departments with fantasy and science fiction emphases at Anglia Ruskin University, Cambridge University, the University of Dundee, Lancaster University and the University of Edinburgh. He has also given five public lectures at Glasgow’s School of Critical Studies, offering new perspectives on fantasy's meaning-making strategies and versions of masculinity in fairy tale retellings by male writers.

Attebery’s lectures and participation are "preparing the ground for the construction of a growing edifice of fantasy studies on this side of the Atlantic, as he did at home,” said Rob Maslen, director of Glasgow’s Programme in Fantasy Literature. “Attebery is a builder as well as an analyst of imaginative worlds, and he is in the process of transforming the academic landscape in Scotland and beyond.”

During the second half of his visiting professorship, Attebery will deliver three keynote addresses at international conferences in France and United Kingdom. He will also participate in Eastercon, the annual British National Science Fiction Convention, and visit at least one additional UK university, Liverpool, for a lecture and workshop.

Attebery's other responsibilities as visiting professor include advising students on thesis projects and consulting with Glasgow faculty as they plan for the future. While in the UK, he also continues his work with ISU English graduate students and his work as editor of the Journal of the Fantastic in the Arts.

“It’s exciting to see this new support for academic work on fantasy/science fiction in the UK,” he said. “I can see the beginnings of a scholarly network where there have only been lone researchers."

College of Arts and LettersUniversity News