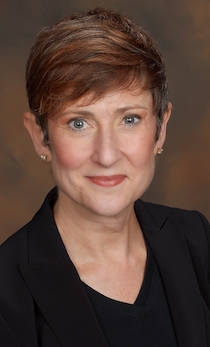 Dunzik-Gougar is the associate dean of the ISU College of Science and Engineering, associate professor of nuclear engineering and senior reactor operator at ISU.

“ It is very exciting and an honor to be selected by the society’s membership,” Dunzik-Gougar said. “It was an honor just to be nominated.”

She said it is an exciting time to be part of the American Nuclear Society’s leadership during a period when the organization is making “sweeping changes” in its structure and offerings. Dunzik-Gougar said her position can shine positively on ISU.

“Not only am I proud to be elected by fellow members of the ANS, but I can bring more notice to ISU in this role,” she said. “The American Nuclear Society is represented nationally and internationally and I can bring notice to our nuclear engineering and other great programs.”

Dunzik-Gougar was elected in the spring and began in her role in June at the ANS annual meeting. She will be vice president for one year and then step into the role of president the next.

“I will be attending meetings and traveling for the ANS, but luckily we have other great faculty members here at ISU who will help out in my absence.”

Established in 1954, ANS is an international professional organization of engineers and scientists devoted to the peaceful applications of nuclear science and technology. Its more than 10,000 members represent government, academia, research laboratories, medical facilities and private industry.

For more information on the ANS, visit www.ans.org.