How thick is the skin of the earth? Idaho State University researchers discover a simple empirical model to predict soil thickness

POCATELLO –A team of Idaho State University researchers working at the Reynolds Creek Critical Zone Observatory in partnership with the USDA Agricultural Research Service has discovered a simple method for predicting the spatial distribution of soil thickness across a landscape.

Until now, it has been a large unknown because there were no good, inexpensive ways to estimate soil thickness accurately and economically across a landscape. Other methods are computationally intensive, analytically expensive, or literally backbreaking so that they are limited in scope. This method allows prediction of soil thickness anywhere with just LiDAR data – fine resolution topographic data – and as few as one soil pit.

This team presents and validates a simple empirical model for predicting the spatial distribution of soil thickness in a variety of catchments based only on high-resolution elevation data and a few soil profiles in the article “Predicting soil thickness on soil mantled hillslopes” in the online-only journal Nature Communications, which was published on Aug. 20.

The paper can be viewed online at www.nature.com/ncomms. 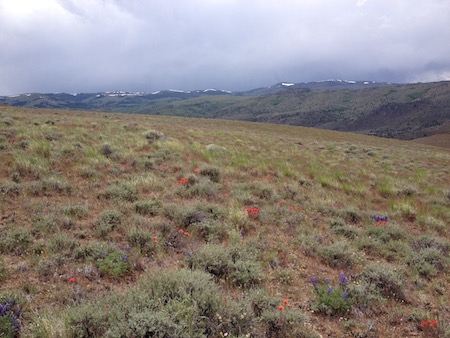 “Our soil thickness-curvature approach is significantly more efficient and just as accurate as kriging-based methods, but requires only high-resolution elevation data and as few as one soil profile,” Lohse said in the paper. “…spatially continuous soil thickness datasets will enable improved models for soil carbon, hydrology, weathering and landscape evolution.”

“If you asked me four years ago if we could predict soil thickness anywhere on a landscape, I would have said no way,” Lohse said. “However, now we have a simple method for doing just that.”

The researchers basically found that there is a strong positive linear relationship between soil thickness and curvature, a measure of how concave or convex a hillslope is.

“We then looked at this same relationship across a number of available datasets and found similar relationships but the slopes and intercepts varied for these datasets,” Lohse said. “Surprisingly, we found that we could predict the slope of these different linear relationships based on just looking at curvature distribution with a given catchment using LiDAR data. 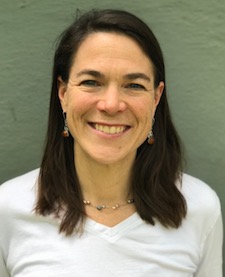 “Since we found that the catchment curvature distributions were normally distributed around zero,” she continued, “we could also determine the intercept of this curvature-soil thickness relationship by just going out to the field and digging a pit on a planar surface, a flat surface tilted at an angle, where curvature is zero-to the depth of immobile bedrock.”

This method allows broad application and prediction of soil thickness both in industry and in the earth sciences. For example, it can be used to predict landslide hazards in forestry practices.

“We can use it to predict landslides associated with roads and construction, and we can use this to estimate our soil and water resources---how much a watershed can store in terms of water and even carbon because when rock transitions to soils, the capacity of soils to retain water, carbon and nutrients increases tremendously,” Lohse said. “It could really help to advance other sciences like hydrology and carbon modeling that have been hindered by this uncertainty in the distribution of this lower boundary condition in their models.”