POCATELLO – Idaho State University psychology Professor Xiaomeng (Mona) Xu and clinical doctoral candidate, Ariana Tart-Zelvin, recently had their article “What Goes On in Our Brains When We Are in Love?” published online by Scientific American magazine. 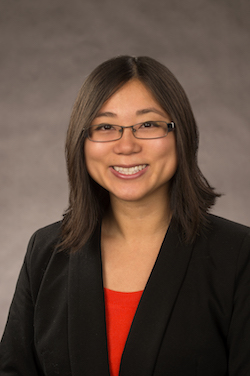 The article focuses on what changes in the brain when you fall deeply in love, in which Xu and Tart-Zelvin wrote in response to a question that was submitted by a reader of Scientific American Mind for their “Ask the Brains” series. Xu and Tart-Zelvin quote Stephanie Cacioppo, a psychologist at the University of Chicago, who explains that the process of falling in love involves several complex changes in the brain’s reward system.

In the article, Xu and Tart-Zelvin state that their neuroimaging research, along with others, suggests that once you are in love, simply thinking about your partner not only makes you feel good but can also buffer against pain, stress and other negative feelings. They state that the giddy stages of romantic love may feel different from love that has been nurtured over years, but our brains might not necessarily know the difference.

The article also sites a study led by Bianca Acevedo from the University of California, Santa Barbara, where participants who had been married for an average of 21.4 years and still reported feeling passionate for each other showed similar activity in dopamine-rich areas as those in the early throes of love.

“I think it's a useful piece because it briefly explains the romantic love literature in an accessible way,” Xu said. “This is a relatively new field and one that gets a lot of media attention but sometimes is not explained well and thus is easily misunderstood by the public.”

The full article can be found at www.scientificamerican.com/article/what-goes-on-in-our-brains-when-we-are-in-love/.