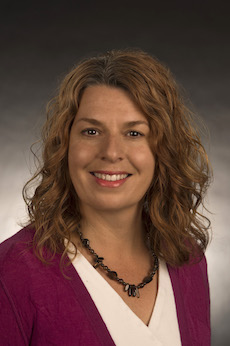 She received the grant from the National Institutes of Health’s National Center for Complementary and Integrative Health.

Rasmussen and her team working on the grant titled “Food Insecurity, Obesity, and Impulsivity” will look at the special conditions that might lead or influence impulse food choice.

Rasmussen described food insecure individuals as those who are concerned or uncertain about where their next meal might come from, and impulsivity as a pattern of choosing immediately available outcomes without thought to long-term consequences. She has studied impulsivity in both rats and humans and has found that both obese rats and obese humans are impulsive when it comes to food, compared to leaner controls.

Rasmussen and her team point to literature that shows that women who are food insecure are more likely to be obese. When a person is food insecure, they are more likely to purchase cheaper foods that are often higher in refined carbohydrates, sugar and fat, instead of fruits, vegetables and high protein foods. This type of diet can blunt their sensitivity to food reward.

“We are proposing also that people who are food insecure are more likely to be impulsive for food because they are unsure when they will have the option to eat again,” Rasmussen said.

To combat food impulsivity, Rasmussen’s team is going to test the strategy of mindful eating in study participants – something that already has been shown in her lab to at least temporarily reduce impulsive food choices in adults and adolescents. Mindful eating is paying close attention to your food and the act of eating.

“Mindful eating is looking at the color and shape of a strawberry as well as the dimples it has,” she said. “After taking a bite of the strawberry you reflect on how it tastes, how it feels in your mouth and how your body reacts to it. This simple act is a cheap and easy strategy that could help control impulsivity and possibly obesity.”

Rasmussen has been working toward a federally funded grant for years, and the project is a culmination of her previous research she conducted with rats and humans. She said she is excited to receive this grant for a number of reasons.

“Receiving a federally funded research grant helps the department, college and university greatly,” she said. “This particular grant will also fund a graduate research assistant and an undergraduate for three years, which helps us continue to draw strong students to our graduate programs.”

The collaborator on the grant is Katie Martin from the University of St. Joseph. Martin is a food insecurity expert and recently created a fruit and vegetable pantry for food insecure women in Connecticut. Maria Wong, ISU psychology professor, will assist on the grant as a statistician. Luis Rodriguez, a second-year graduate student in the clinical psychology doctoral program, will work as a graduate research assistant and will collect data.