POCATELLO – Most anyone from Pocatello or the surrounding area is familiar with Vickers Western Store on Yellowstone Avenue, or on North Holmes Avenue in Idaho Falls. Bill Vickers, an Idaho State University College of Business alumni, opened the Pocatello store in 1976 and it remains a vital part of the business community. 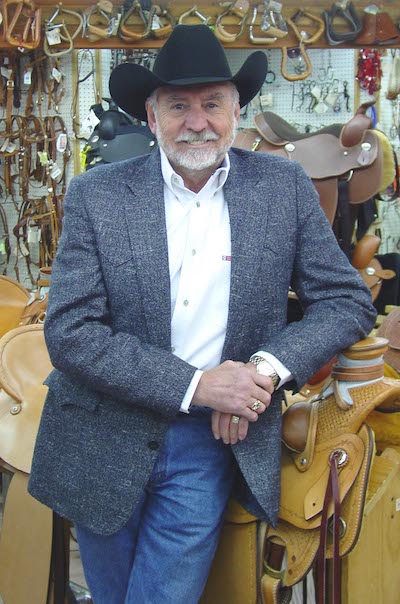 Today, the Vickers family is very happy to announce they have founded a scholarship endowment in memory of Bill, who passed away in 2013.

The “Billy D. Vickers Memorial Endowment,” the idea of Bill’s son, Greg Vickers, was created as a way to give back to the community, honor Bill’s memory in perpetuity, and contribute to the Vickers legacy. Scholarships awarded from the endowment will benefit junior- and senior-level marketing or Master of Business Administration (MBA) students. Students applying for the scholarship must be from southeast Idaho and have a GPA of 3.0 or higher, preference will also be given to students who are members of the ISU Rodeo Team or to students that have participated in rodeo at some point previously.

Bill graduated from the College of Business with a bachelor’s degree in marketing and an MBA. According to Bill’s wife, Kim, Bill’s education at Idaho State was a good foundation for his achievements later on, along with his ambition and strong work ethic.

Throughout his life, Bill had a number of careers. He drove semi-trucks for his father as a young man in high school and in his early college years. After graduating, he returned to his home town, Twin Falls, Idaho, where he served as a police officer for the Twin Falls Police Department, eventually working his way up to detective. Bill returned to Idaho State later, to earn his MBA. After graduating, he accepted a position in human resources with the FMC Corporation, a local phosphorus production facility. His job at FMC provided new challenges and experience working in a corporate environment. Bill was eventually offered a promotion that, if accepted, would take him to Philadelphia.

“He had a choice to make,” said Kim. “Relocate to pursue a career with FMC, or find a new path here, in Idaho.” After visiting Philadelphia, though, Bill knew it wasn’t the place for him. He had to decide on what to do next.

It was Bill’s father, Dean, who gave Bill the idea to open a western store in Pocatello. Dean and Bill’s brother, Jim Vickers, owned and operated the first Vickers Western Store located in Twin Falls. After some consideration, Bill made the commitment and purchased the land on Yellowstone Avenue. He opened his own, “Vickers Western Store,” in 1976. He later expanded into the Idaho Falls market and in 2001, opened a second Vickers Western Store on North Holmes Avenue.

Bill, well known for his confidence, ambition and wit, enjoyed a variety of hobbies in addition to his work. Rodeo was a part of Bill’s life in one way or another for many years, whether as a competitor, an announcer, a sponsor, or promoter of the sport. In his senior year of high school, he won the title of All-Around Champion at the Idaho State High School Rodeo Finals. He was awarded a trophy saddle and belt buckle, which are displayed in the Pocatello store today.

Bill became a rodeo announcer after an injury that left him unable to compete. “He had both the voice and the personality for it,” said Kim. Bill was soon announcing rodeos throughout Idaho, Nevada, and Utah. It was his skill as a rodeo announcer and numerous contributions to the sport of rodeo that led to his induction into the Idaho Cowboy Hall of Fame in 2008.

For many years the Vickers have been strong supporters of the Idaho State Bengals, enjoying football and basketball games at home and away. They were members of the ISU Bengal Foundation, where Bill served one year as president. He helped raise funds for the annual Bengal Auction and contributed yearly to the I Love ISU campaign.