'He taught folks a lot of skills, not only stream ecology.'

POCATELLO –  Wayne Minshall, arguably the most accomplished researcher in Idaho State University’s history and one of its most creative and generous scholars ever, died April 21 at the age of 81.

He is survived by his wife, Judy, a notable scientist and researcher in her own right. Minshall had been suffering from esophageal cancer and had been through treatment.

This “sage” of stream ecology research and Fellow of the American Association for the Advancement of Science did not hide in the ivory tower of higher education and was well-known, for example, for delivering thousands of fresh eggs from his farm in Inkom to ISU students and faculty, and members of the community.  Until his final days, he remained active as a mentor and friend to faculty and students in the ISU biological science department and the ISU Stream Ecology Center, the latter of which he founded and where he maintained an office. 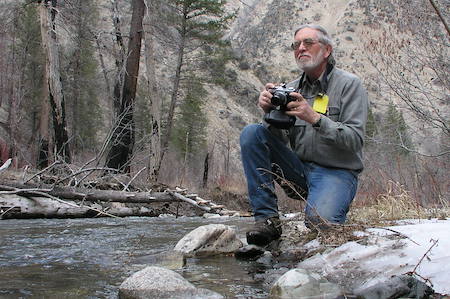 “It is no stretch to describe him as the most accomplished scientist in his field of any scientist who has come through ISU who built their career here,” said Colden Baxter, ISU biological sciences professor, director of the Stream Ecology Center and a long-time colleague and friend of Minshall. “When people think of our University in that field (stream ecology), that places us on a footing with the top institutions in the world. We owe that kind of reputation to him, and of course, to Idaho’s great streams and rivers, that draw people here to learn.”

Minshall officially retired from ISU in 2003 after a 37-year career. During that time he authored more than 120 peer-reviewed journal articles and 130 technical reports. He was an internationally recognized expert on the ecology of flowing waters and the ecology of fire. He directed more than 100 research grants, and more than 50 scientists completed their graduate degrees under his direction. Minshall received several honors and awards, including ISU Distinguished Researcher. The ISU Department of Biological Sciences hosts an annual lecture series in his name.

His research, much of which was conducted in Idaho’s Frank Church River of No Return Wilderness and Yellowstone National Park, emphasized aquatic invertebrates, community dynamics, and stream ecosystem structure and function. He was especially interested in the effects of disturbance on stream ecosystems, particularly long-term effects of wildfires. Minshall is well known for his collaboration on stream ecology theory regarding the “The River Continuum Concept,” a subject about which he co-authored and authored highly regarded scientific papers.

In 2004, Minshall was elected a Fellow of the American Association for the Advancement of Science,  “being honored for distinguished contributions to the field of stream ecology, particularly for stream ecosystem structure and function, and long-term effects of wildfires on stream ecosystems.”

AAAS is an international non-profit organization dedicated to advancing science around the world and being elected as an AAAS fellow is a rare honor for Idaho scholars.

“He is really the only AAAS Fellow from ISU who essentially built their whole career here,” Baxter said. “That is one measure of just how outstanding of a scientist he was.” 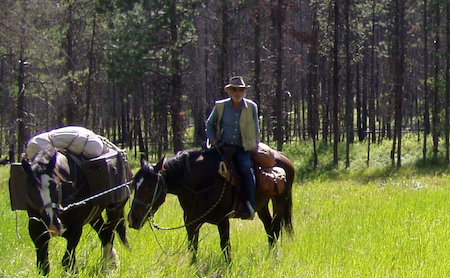 Baxter said it is also worth noting the amazing things that Minshall did in his retirement. For example, Minshall self-published three books on the history of Idaho’s land and people.

Among ISU colleagues, however, Minshall will likely be most remembered for his continued connection to the Stream Ecology Lab.

“I don’t know of any other of my peers at other universities around the world whose predecessor stayed around and remained as involved as an advisor to them and also helped create what I describe as a multi-generational science community,” Baxter said. “We had everybody from fresh undergraduates to graduate students, post-docs and myself working in this lab having this sort of sage of our field there mentoring and training young professionals.”

The Minshalls also maintained their farm on the Portneuf River upstream of Inkom. In recent years the couple mainly raised chickens and horses, and this was their source for the supply of eggs they generously shared. In former years, they raised other kinds of animals.

“It was a more self-sufficient farm and in fact he and his wife Judy taught what they called a homesteading class to ISU students, where many of them learned self-reliance skills,” Baxter said.

Earlier in his career Minshall also shared his knowledge of horses and horsemanship to colleagues and ISU students.

“He used to take his students, and I participated in this when I first started, with a pack-string of horses and take them into the wilderness and students would learn how to horse pack and deal with animals,” Baxter said. “He taught folks a lot of skills, not only  stream ecology.”