POCATELLO – Scott Rasmussen, longtime dean of the College of Technology, has announced his plans to retire from Idaho State University on Jan. 15. 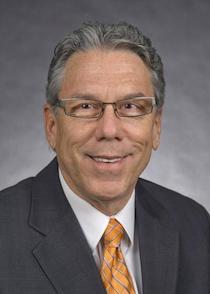 Rasmussen, a Bengal graduate, returned to Idaho State in 1992, leaving a career at Union Pacific Railroad to teach radio frequency principles. He was named chair of the Department of Electronics in 2000.

In 2007, Rasmussen led efforts to bring together industry partners and educators to create the Energy Systems Technology and Education Center (ESTEC). In partnership with the Idaho National Laboratory, ESTEC established programs in careers in high-demand energy fields all over the country. To date, more than 800 students have graduated from ESTEC programs.

“Scott’s dedication to the success of our students is unparalleled,” Laura Woodworth-Ney, executive vice president and provost said. “I have been privileged to work alongside Scott, and have personally benefited from his wise leadership and friendship. He’s a natural leader who greatly elevated the reputation of our College of Technology. I wish Scott well on his next adventure in life and thank him for providing years of expertise, guidance, and enthusiastic support of our mission.”

The University will announce an interim dean and a timeline for a search for a new dean in the coming months.