The Laboratory Operations Supervisor Academy (LOSA) utilizes realistic simulations in which participants assume various roles, to practice using Safe Conduct of Research Principles in tough situations. These collective individual experiences help to build and maintain a strong safety culture at INL and other Battelle-operated national laboratories. LOSA uses a fast-paced approach that integrates case-study discussions, individualized feedback, and networking across laboratories. Idaho State's associate professor Mustafa Mashal was the lead instructor and principal investigator for the LOSA project and research engineer Jared Cantrell, was the co-instructor. Both are in the ISU Department of Civil and Environmental Engineering. 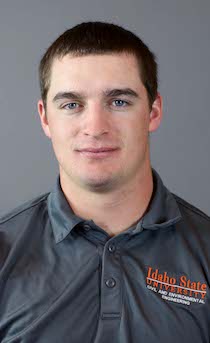 “What LOSA offers is not a set standard for safety procedure or safety operation –  it encourages a safety culture which causes all involved to be a part of the responsibility for operating and working safely within and environment,” said Cantrell, who was instrumental in bringing the training to Pocatello. “This works great in a lab setting such as the Structural Laboratory at ISU where large-scale experimental testing is constantly differing and changing so a set operating procedure is in an ever evolving and adapting state in order to accommodate the differing demands.”

The process of piloting LOSA at ISU was facilitated by CAES, a research, education, and innovation consortium consisting of INL and ISU, plus Boise State University, University of Idaho, and University of Wyoming. CAES was formed to foster collaboration among its entities, to leverage the resources and capabilities across the organization in order to solve challenges, inspire leadership, ignite innovation, and catalyze impact. ISU’s LOSA pilot is an example of taking a best practice from one entity and widening its impact.

The effort to bring the training to ISU’s campus – the first time LOSA has been offered to students at a university –  dates to fall 2019, when CAES opened the door for Mashal, a CAES Fellow, to travel to Battelle headquarters in Ohio to participate in the training. Mashal  has collaborated with INL researchers on several projects, including a Disaster Response Complex under construction in Pocatello that will be used to train emergency responders from across the region.

Later that year, Cantrell attended LOSA training when it was offered at INL. When INL Researcher Thomas Walters, an adjunct faculty member at ISU, and CAES Chief Operations Officer Anita Gianotto suggested the prospect of holding a pilot program at ISU, Mashal and Cantrell began collaborating with representatives and instructors from Battelle and INL to hold the sessions in Pocatello at no cost to participants. 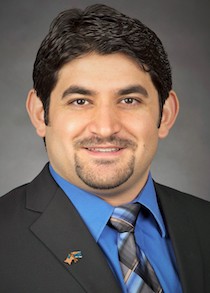 “When I attended LOSA in Columbus, Ohio, I immediately noticed that the training would be very useful for my students,” said Mashal, who led the effort. “I would like my students to be safe when working in our laboratories and I want them to build a safety culture for safe conduct of their research work.”

At ISU, six sessions were held over three days in late August. Despite uncertainties related to the pandemic, attendance at all six sessions was at capacity and feedback from the attendees was positive.

The success of the effort has led Mashal and Cantrell to work with CAES and ISU to make the training available to other interested students, faculty and staff at ISU. CAES leadership is also working to expand the training beyond ISU. Safety is critical in CAES-affiliated laboratories and beyond, and this initiative providing hands-on training of world-class safety principles to students at the other CAES universities and throughout the region could one day serve as a pilot for others nation-wide.

For more information about the program, please visit the CAES website at https://caesenergy.org/.