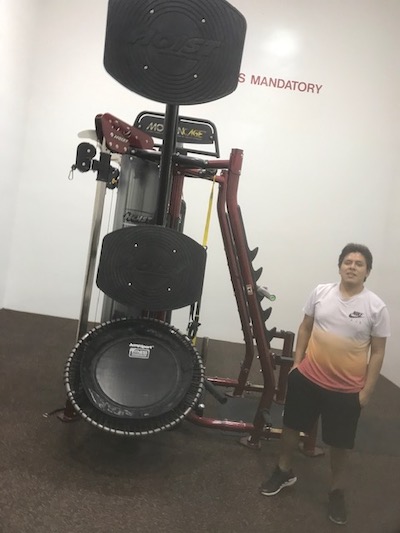 The two former courts have had their doors widened for easier access and an archway has been cut into the wall between the courts so patrons easily go from one to the other.

“We put flooring in, made cuts in the concrete walls and put in some new equipment,” said Bill MacLachlan, associate director of ISU Campus Recreation. “It is a trend in campus recreation to convert under-used spaces and use them for other activities. This new area is getting more use now than it was when the rooms were racquetball courts.”

There are still four racquetball courts for use in the facility.

“It is one more niche area where people can go if they like to do these types of exercises,” MacLachlan said.

“I like these rooms because they are more private and I can do my exercises better because there are a lot fewer people here and it allows the space to do them,” said Maddie Wagoner, a senior at ISU.