POCATELLO – KISU-FM Public Radio and the Alturas Institute will present three “Constitutional Conversations” with U.S. constitutional scholar David Alder on the topic of “Donald Trump and the Law of Impeachment” Oct. 3 in Idaho Falls and Oct. 17 in Pocatello, and on “Presidential Powers” Oct. 24 in Pocatello. 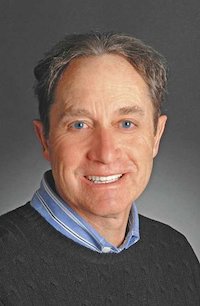 Admission is free for college and K-12 students, faculty, sustaining KISU members and KISU employees and volunteers. There is a $10 fee for the public to attend

“Constitutional Conversations” events include a 45-minute lecture, followed by a 45-minute question-and-answer session. Audience participation encouraged, and all points of view are welcome.

Adler is president of The Alturas Institute, a non-profit organization created to promote the Constitution, gender equality, and civic education.  A recipient of teaching, writing and civic awards, Adler has lectured nationally and internationally, and published widely, on the U.S. Constitution, presidential power and the Bill of Rights. He is the author of six books, including, most recently, “The War Power in an Age of Terrorism,” as well as more than 100 scholarly articles in the leading journals of his field.

“My goal as an educator, writer and constitutional scholar has been a simple one: to find a place for the Constitution in the minds and hearts of the citizenry,” Alder said. “Without a broader public understanding of the Constitution and deeper appreciation for the virtues and values of American Constitutionalism, there is little reason to believe that the nation’s founding document will long endure. Of the many challenges that our nation faces, two have central importance to the work and goals of The Alturas Institute: widespread civic illiteracy and general indifference to governmental disregard of constitutional principles.”

Alder is currently writing a book on the landmark Supreme Court decision in Reed v. Reed, which had its origins in Idaho and transformed the law for American women.  Justice Ruth Bader Ginsburg will write a Forward to the book, the research and writing of which is supported by a research fellowship from the Idaho Humanities Council.

Adler’s scholarly writings have been quoted by the U.S. Supreme Court and lower federal courts, the U.S. Attorney General, the White House Counsel, the Legal Adviser to the State Department, by Republicans and Democrats in both houses of Congress, as well as political scientists, historians and law professors. He has consulted with members of Congress from both parties on a variety of constitutional issues, including impeachment, the war power and the termination of treaties. He has delivered more than 700 public lectures throughout Idaho, and writes op-ed pieces that run regularly in six newspapers across our state, and in papers across the country.

Adler has taught courses on the Constitution, the Bill of Rights and the Supreme Court at all three universities in Idaho.  He has held the Andrus Professorship at Boise State University, where he served as Director of The Andrus Center for Public Policy, and the McClure Professorship at the University of Idaho, where he was Director of the James and Louise McClure Center for Public Policy Research, and held a joint appointment in the College of Law and the Department of Political Science. Previously, he was Professor of Political Science and Director of the Center for Constitutional Studies at Idaho State University.  He remains a Lecturer at the University of Idaho College of Law. In 2010, he was the recipient of the Idaho Humanities Council’s Distinguished Humanities Award.

A frequent commentator on state and national events, Adler’s lectures have aired on C-Span, and he has done interviews with reporters from the New York Times, Washington Times, Washington Post, Wall Street Journal, Los Angeles Times, Newsweek, National Review, The Nation Magazine, Mother Jones, Fox News, NPR, NBC, CNN and the BBC.  Adler has served as a member of the Board of Directors of various academic, corporate and civic organizations, and is a founding member of the City Club of Idaho Falls. He earned a Bachelor of Arts degree from Michigan State University and a doctoral degree from the University of Utah.