POCATELLO – Elizabeth Brunner, Idaho State University assistant professor in the Department of Communication, Media and Persuasion, has released a pioneering new book examining environmental protests and activists' use of social media in China. 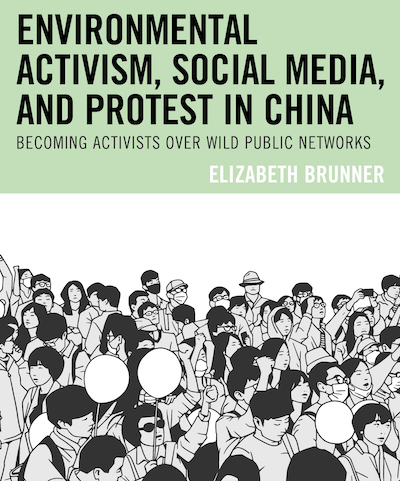 The book, titled “Environmental Activism, Social Media, and Protest in China: Becoming Activists Over Wild Public Networks,” is the first book-length monograph to discuss environmental protest in China through in-depth case studies. It combines interviews with news reports in Chinese and English and data gathered from social media about the protests.

“I am interested in protest in China, in part, because it can be remarkably effective in stopping pollution— more effective than protests in the U.S.,” Brunner said. “I also think that the topic of protest in China is widely misunderstood in the U.S. (as is social media), so I am trying to help people see how it is used, how it succeeds and fails and how these protests have changed how people enact citizenship, interact with the environment and force their government to amend its practices.”

Understanding how people shape and inform government policies in China, Brunner said, proves important as the country seeks to become the world’s green leader. Examining China’s political environment also helps us understand our own as censorship and surveillance grow more pervasive, she said.

“Though we think of it being something that happens in authoritarian countries like China, as the Snowden and WikiLeaks info revealed, the U.S. and Europe are also plagued by surveillance,” Brunner said. “Watching how Chinese netizens and protestors navigate this surveilled terrain helps to inform tactics to evade censorship and surveillance elsewhere.”

Soon after her book was released on July 15, Brunner traveled to Beijing to complete the National Communication Association's Visiting Fellowship at the Communication University of China. She will spend the semester teaching and conducting more research on environmentalism in China.