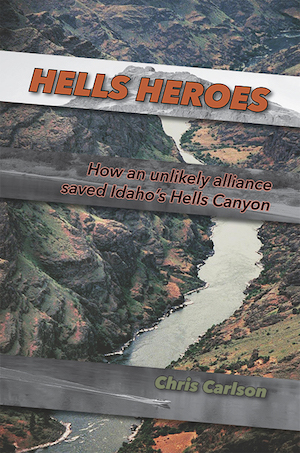 “It is the story of the politics that went into ultimately providing federal protection to this unique asset in Idaho that many Idahoans aren’t even aware of,” said Carlson, who has spent many days hiking in the Hells Canyon National Recreation Area both on the Canyon’s river trail and in the Seven Devils. “It’s one of my favorite places in Idaho.”

Carlson said the book is broken into two parts, the first focusing on the efforts of Brock Evans of the Sierra Club who brainstormed on how to get the canyon protected. It was fiercely debated whether the canyon should be a national park or have a different designation.

The second part focuses on how Sandra Mitchell, now the executive director of the Idaho Recreation Council, worked to keep the Snake River in the recreation area open to jet boats and other motorized watercraft.

“The focus is on two fights and two heroes and is an interesting story most Idahoans are not aware of and would enjoy it if they read it,” Carlson said.

“Hells Canyon has epic written all over it,” Johnson said. “One of the West’s great rivers slices through it. The rising bluffs and mountains create one of the deepest gorges on earth. The Seven Devils look down from a height of 7,000 feet above the Snake. But the real epic is in the story of the people who love the place, and of those who worked to save it.” 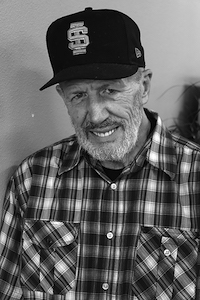 Caldwell’s Caxton Press is the publisher of Carlson’s new book, which retails for $16, but there is a 15 percent discount for pre-orders placed through Caxton’s website, www.caxtonpress.com.