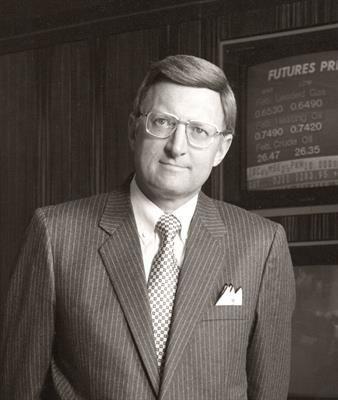 Over the years, Rupp donated to the ISU Scholarship Fund, the library and the debate team. He and his wife Sharon were also the main sponsors of the James M. and Sharon E. Rupp Debate Society.  The debate society is made of students from ISU who compete in intercollegiate debate and speech communications. Rupp received the Distinguished Alumnus Award from the ISU Alumni Association in 1995, and the Professional Achievement Award in 1988.

“Because of Mr. Rupp’s kindness and passion for ISU, in particular the debate program, he changed the path for our debate team and helped them become competitive on a national level,” said Kent Tingey, ISU vice president for university advancement.

Jim was a television and broadcasting industry pioneer who was born on Nov. 7, 1935, in Pocatello to Mahlon Earl and Ila Grace Rupp and was the eldest of four children.

Rupp received his bachelor’s degree from ISU in 1957 and a master’s degree from Ohio State University in 1959. He began his career in broadcasting in 1959 at Arbitron in Maryland, which was one of the first TV/Radio ratings companies. He also worked as the general manager at Cox Communications, Broadcast Division in Atlanta, and president and CEO of Midwest Communications in Minneapolis. Under Rupp’s leadership, WCCO TV and Radio won events for being one of the best stations in the nation. He also initiated one of the first United States satellite teleports through Midwest Cable and was a pioneer in Satellite Music Network.

According to his daughter, Sandra Rupp, her father began selling newspapers at the age of 9. He was very entrepreneurial, and went on to have his own newspaper subscription business that employed people from three states.

While at ISU he had his own radio show and called himself Jim Sapphire. He also won a national debate title and majored in debate and oratory studies.

A memorial service will be held on Saturday, Jan. 19, at Wayzata Country Club, 200 Wayzata Blvd. West, Wayzata, Minnesota, at 11 a.m.. Family will greet friends starting at 10 a.m. Private interment at Fort Snelling National Cemetery. In lieu of flowers, memorials may be made to Mayo Clinic Foundation.