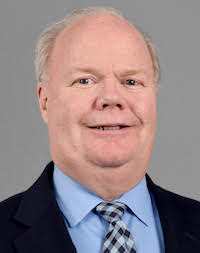 Nelson, most recently the Arizona State University special advisor to the executive vice president, treasurer and CFO, will begin Jan. 22.

“As we look forward to the years ahead, this leadership position will serve a key role in designing finance and business operations for the University to fulfill the strategic objectives and mission of the institution,” Satterlee said. “Glen has an extensive background in finance and business affairs. He has breadth and depth of experience in these areas that will undoubtedly serve ISU well. I am confident in Glen's ability to build relationships across campus and help us build a shared vision for our collective future.”

Other positions he has held include:

He earned his Ph.D. in educational studies from the University of Nebraska, Lincoln, Nebraska, his Master of Business Administration in International Management degree from American Graduate School of International Management, Thunderbird campus, Glendale, Arizona and his Bachelor of Science degree in business administration for the University of Nebraska. He became a Certified Management Accountant in 1989.

Nelson has also held a variety of faculty and teaching appointments.