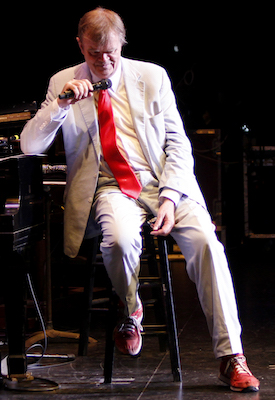 Back by popular demand, Keillor is one of America’s most prolific storytellers.

Keillor is a writer and humorist best known as creator of the Minnesota Public Radio show “A Prairie Home Companion,” which he hosted from 1974 to 2016.

Keillor has also been the host of the daily radio online program, “The Writers Almanac,” and the editor of several anthologies of poetry.

He has published more than two-dozen books, including “Lake Wobegon Days,” “The Book of Guys, Pilgrims” and “Homegrown Democrat.”

With Grammy, ACE and George Foster Peabody awards, Keillor has also been honored with the National Humanities Medal, and election to the American Academy of Arts and Letters.

Tickets are $55 for general seating and $45 for upper level seating. Tickets can be purchased over the phone at 282-3595 or online at www.isu.edu/tickets.

More information about Keillor is available at garrisonkeillor.com.

For more information about this event, contact George Casper at caspgeorg@isu.edu or (208) 282-3398.