POCATELLO – Idaho State University and the ISU Alumni Association proudly announce the 2017 Outstanding Student Award recipients who will be honored at Spring Commencement on Saturday, May 6, in Holt Arena.

The 12 Outstanding Student Awards are presented to recognize outstanding graduating seniors who have excelled in their programs, their extracurricular activities and have epitomized ISU's outstanding student body.  Students receiving these prestigious awards exhibit a readiness to graduate, high academic achievement, above-average dedication to academic and professional goals and involvement in professional societies. Work experience and community service are also considered.

The Outstanding Student Award recipients will be honored at a reception April 26 in the L.E. and Thelma E. Stephens Performing Arts Center. A reception will begin at 6 p.m. in the Marshall Rotunda, followed by the presentation of awards at 7 p.m. in the Bistline Theatre. To RSVP, call the Office of Alumni Relations at 208-282-3730 or e-mail thomcas2@isu.edu.

Biographies of the 2017 Outstanding Award winners are: 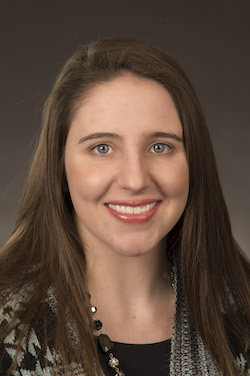 Krystal Noelle Scott will graduate in May with her degree in physical education and business management.

Originally from Rupert, Scott started college at age 16 and has been a leader in Chi Alpha Campus Ministries at ISU for five years.

During this time, she also took part in several service trips including teaching English in China, working with Free International to raise awareness on human trafficking and worked with impoverished communities.

She participated in the Career Path Internship (CPI) program in the College of Business as an undergraduate advisor and was first runner-up for CPI of the year in 2015-16.

She has been named to the Dean’s list eight times and graduates with a 3.72 GPA. 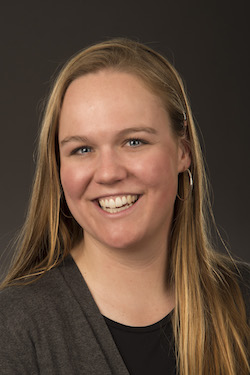 Claire Jorgensen is from Boise where she grew up with her parents and brother.

She learned basketball post moves from her dad in their driveway and the nuances of a beautiful garden from her mother.

These experiences taught her life lessons of hard work, resiliency and commitment. She carried these lessons with her in her activities as a student.

Jorgensen is a member of Kappa Delta Pi- International Education Honor society, serving as its president in 2015-16, a member of SHEPHERD Club, ISU Student Orientation leader, Bengal Visit Day panelist and a member of Chi Alpha.

Jorgensen was named Student of the Year in the Department of Physical Education in 2015. She will graduate in May with her degree in physical education and health education and a 3.84 GPA. 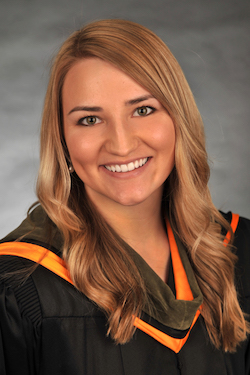 Following her graduation from Timberline High School in Boise, Sabrina J. Sherwood came to Pocatello and ISU to complete her undergraduate course work where she particularly enjoyed her courses in chemistry, health sciences and medical ethics.

Sabrina will graduate in May with her Pharm D. degree, a 3.46 GPA and a wealth of experiences gained due to her involvement in the university community and her curriculum.

Sherwood served as the College of Pharmacy Senator for two terms 2014-2016 and was Senate President, was on the ISU Student Conduct Board from 2011-2014, vice-president of Phi Delta Chi Professional Pharmacy Fraternity, fundraising for St. Jude’s Children’s Hospital and attended several local and national pharmacy meetings.

She was invited to present at the Idaho Society of Health-System Pharmacists on Hepatitis C virus therapies.

Her 2015 research project was accepted for presentation at a national pharmacy meeting and presented to the Dean’s Advisory Council for the College of Pharmacy about Mayo Clinic experience and curriculum improvement suggestions.

She will pursue a clinical pharmacy residency following graduation and specializing in solid organ transplant services. 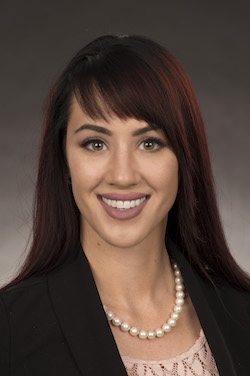 Originally from Pocatello, Cierra Meiline Johns will graduate with an Associate of Science degree in respiratory therapy and a Bachelor of Sciences degree in health science.

She has a 3.71 GPA in her program and an overall GPA of 3.47. She received scholarships from Norco and ASISU.

Johns is the membership chair of Mortar Board National Honor Society and serves on the Respiratory Therapy advisory board as vice-chair.

She has devoted her life to helping others which led her to a career in respiratory therapy.

In 2008, she was recognized for her volunteer work with the Association of Fundraising Professionals’ Outstanding Youth in Philanthropy.

Since that time, she has continued her volunteer work with the Idaho Food Bank, Toys for Tots, Bannock Humane Society, Bannock Youth Foundation and Big Brothers-Big Sisters.

She credits her academic success to her grandparents Butch Johns and Melissa Swain for their encouragement and support. 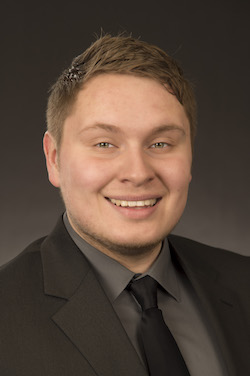 Coming to ISU from Nampa following his graduation from high school at Idaho Arts Charter School, Kylle Strunk did not have any formal training as a classical musician when he came to ISU.

He will graduate with his Bachelor of Arts degree in music performance and a minor in visual communications. He has a 3.79 GPA.

During his time at ISU, Strunk has been a member of the Student Activities Board and the Residence Hall Association.

Ashley Tailor Sondag was born in Pocatello but her family moved shortly after her birth to Casper, Wyoming.

She graduated from Natrona County High School as valedictorian of her class with an International Baccalaureate Diploma and was awarded the Principal’s Trophy for her athletic and academic achievements.

Sondag is the daughter of ISU alumni Becky and Corey Sondag. Her sister Shaelynn is also an ISU alumna.

Sondag's mother, Becky, was inducted into ISU’s Sports Hall of Fame in 2014.

During Sondag's time at ISU, she has followed somewhat in her mother’s footsteps as a member of the track and cross country team and has also served on the Student Athlete Advisory Committee and a member of the International Affairs Council.

Sondag has been named to the Big Sky Conference All-Academic Tema and has been on the Dean’s list every semester of her collegiate career.

She has a 4.0 GPA. Sondag will graduate with honors and a double major of political science and international studies.

She plans to continue as an athlete and graduate student at ISU next year with plans to eventually pursue a law degree and work to protect the environment she has come to love in Wyoming and Idaho. 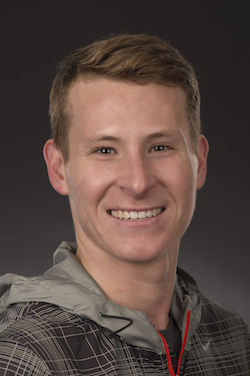 Andrew Kaler came to ISU from Camas, Washington, after being recruited for the ISU track and field and cross country programs.

During his collegiate career as an honors program student and a student athlete, Kaler has been named Big Sky All-Conference Scholar Athlete four times and has been on the Dean’s list every semester of his four years at ISU.

He has a 4.0 GPA and will graduate in May with his degree in electrical engineering and mathematics.

He will continue his education in the graduate program at ISU this coming fall. 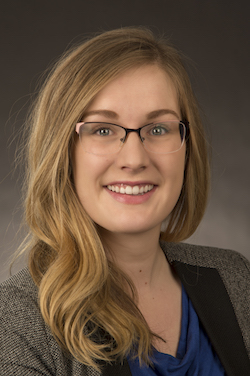 Pamela S. Ropski graduated from Centennial High School in Meridian and came to ISU in 2013.

During her collegiate career she has been a member of the Chemistry Club, Pre-Health Professions Association, University Honors Program Club, Research for Chemistry Department and a cross country athlete from 2013-2015.

She was recognized as the Biochemistry Student of the Year in 2015-16 by the American Chemical Society and awarded the Idaho State Board of Education Research Funding and the University Honors Program Research Funding.

Pamela will graduate in May with her Honors Bachelor of Science degree in biochemistry and has a GPA of 3.75. She will attend the University of Utah – School of Medicine next fall to begin her medical education. 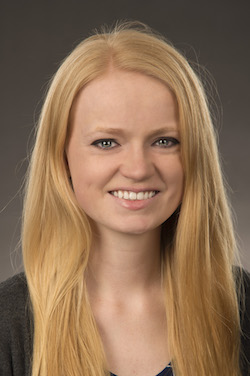 Growing up, Slagowski enjoyed camping trips and family vacations to the Oregon coast and has played the piano most of her life.

She was an undergraduate research assistant through the Career Path Internship program.

She will graduate in May with her bachelor’s degree in medical laboratory science and a GPA of 3.82. 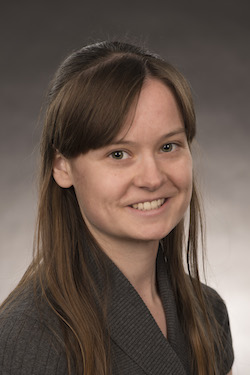 Raised in Wilder, Emily M. Holcomb’s parents, Harold and Cheryl Holcomb, placed her in the Idaho Virtual Academy, a public online academy, after the fourth grade.

She stayed in this program until graduating in 2012 with her high school diploma. Holcomb was an excellent student and was awarded several scholarships.

In addition to being a member of the University Honors Program, she was also a member of the Crossroads Christian Fellowship, Chi Alpha and the National Society of Collegiate Scholars.

Holcomb is the first member of her family to obtain a college degree.

She has worked part time for the Department of Dental Hygiene since her second semester at ISU.

She also volunteered her time for the Susan G. Komen Race for the Cure and the Pocatello Homeless Stand Down.

Holcomb will graduate in May with her bachelor’s degree in nursing and has a GPA of 3.98. 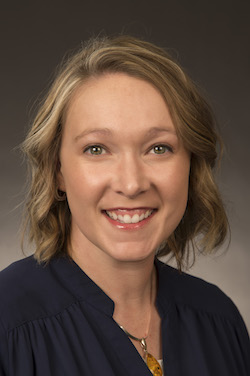 Jenifer Reader will graduate in May with her Master of Science degree in health education and a GPA of 3.93.

She moved to Pocatello 18 years ago and has worked as a registered dietitian nutritionist since completing a dietetic internship at Idaho State University in 2008.

Readser has been recognized with multiple awards including the 20 Under 40 Idaho State Journal award, 2007 Outstanding Student from the Academy of Nutrition and Dietetics, ASISU Student of the Month – 2006, Idaho Central Credit Union Community Involvement Award – 2015 and Portneuf Cancer Center Community Oncology Service Award in 2006.

She has received numerous scholarships that have assisted in her education.

Reader enjoys teaching and has had the opportunity to teach nutrition and family and consumer science classes at ISU since 2014. 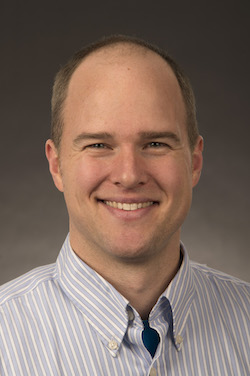 During his four years at ISU, in addition to his academic achievements, Howard married and he and his wife, Amy, now have two little boys. Howard received a Graduate Fellowship from 2014 through the present and the John M. and Charlotte Huntington Scholarship.

His activities as a graduate student include the English Graduate Student Association, Black Rock and Sage editor-in-chief from 2015 to the present, Sigma Tau Delta member, volunteer at Special Collections and Archives and a volunteer at the Marshall Public Library.

He was recognized with the PhD Teaching Excellence Award in 2015 for the Department of English and Philosophy and the Prose Winner, Black Rock and Sage in 2014. Howard will graduate in May with his PhD in English and the Teaching of English and has a 4.0 GPA.