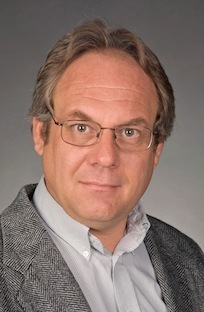 It may be 2016 now, but Cole is well along in organizing the AccApp’17 international conference for the American Nuclear Society Accelerator Applications Division that will be held July 31-Aug. 4, 2017, in Quebec City, Quebec, Canada.

Cole will be the general chair for that conference, after holding the same title and organizing AccApp’15, the 12th International Topical Meeting on Nuclear Applications of Accelerators, which was convened last November in Washington, D.C., and featured around 200 participants and over 130 papers.  Between organizing these events, Cole recently published an article on the science presented at this successful November conference in Nuclear Physics News International this past March.

The ISU physics professor has been invited to give a presentation on his research this August in Dallas at the U.S.-Korea Conference, the flagship conference of Korean-American Scientists and Engineers Association (KSEA). It is the biggest U.S.-Korea conference that covers science, engineering, technology, industry, entrepreneurship, and leadership and attracts more than 1,200 participants from both the United States and Korea.

“Applications of accelerators have an impact on nuclear energy, the production of medical isotopes, material sciences and a whole gamut of fields,” Cole said. “Holding these conferences is important because they provide a platform where nuclear physicists, nuclear engineers and accelerator physicists – both experimentalists and theorists, can meet and discuss a range of topics. It allows people in these three different areas to meet, learn and collaborate.”

Cole began organizing AccApp conferences in 2006 when he began as a technical chair that brought the 2007 AccAPP conference to Pocatello.

Since that initial foray in organizing the AccApp conference in Pocatello, Cole has also been co-general or general chair for his organization’s biennial conference held 2009 in Vienna, Austria, 2011 in Knoxville, Tennessee and 2013 in Bruges, Belgium.

“I have agreed to do this for the next while, I don’t know when I will step down,” Cole said. “But before I step down, I need to teach people how to do this. I learned the hard way by doing it.

Organizational duties shared by co-chairs involve everything from inviting leading scientists from around the world to present their work and submit papers, finding the right venues to convene, to even making sure there are proper refreshments at poster sessions. Cole’s goal as chair has been to remain within the budget for holding the convention. He wants to make sure there is enough money made from the conference to build up the Accelerator Applications Division of the American Nuclear Society so that it can provide, among other things, scholarships and travel for students in the American Nuclear Society to attend the conference and broaden the international scope of the field. The general chair position is an elected position and Cole is not paid for those duties.

“It s professional service – I don’t know if it is completely fun, but it something I am very interested and active in,” Cole said. “Plus, I get to see that my work opens up great opportunities for science, which makes me very happy.”