ISU-Meridian will confer 241 degrees and recognize Student Excellence Honorees at May 9 Commencement; Educator and author Hartzell Cobbs will speak

Some 241 students are eligible for degrees, including 61 Renaissance High School students who will receive Associate of Arts degrees in general studies through a partnership with ISU and the West Ada School District.  Author and educator Hartzell Cobbs, who served as executive director of the Boise-based Mountain States Group for 17 years, is commencement speaker.

The four finalists, nominated by faculty for academic excellence, research endeavors and community service, are: 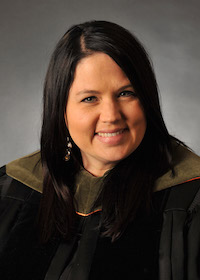 Four years ago, Calás enrolled in ISU-Meridian’s pharmacy program, pursing her dream to become a pharmacist.

The Boise native holds a bachelor’s degree in vocal performance from Brigham Young University and served as assistant director of the Manhattan School of Music’s preparatory division in New York City. She spent 10 years performing with Opera Idaho and teaching private voice lessons.

Active in community outreach, Calás has taught Treasure Valley youngsters and teenagers about the dangers of prescription drug abuse and provided diabetes education at community health fairs. She was the local winner and a national finalist in the 2016 American Pharmacists Association’s patient counseling competition which requires student pharmacists to educate patients about medication use.

After graduation, Calás will work as a pharmacist for drug retailer Albertsons. 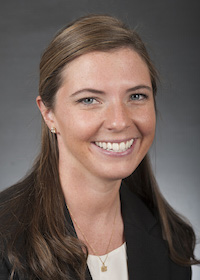 In 2013, Creameans was flying from Michigan to Meridian to interview for a seat in the Master of Physician Assistant Studies program. A blinding snow storm cancelled her connecting flight, forcing her to conduct the interview by phone from the Phoenix airport.

So impressive were her academic credentials and her ability to roll with the punches that Cremeans was admitted to the two-year program.

Cremeans has participated in numerous service projects, including free community health screenings for underserved citizens. In February, she was part of an ISU team that traveled to the Dominican Republic to provide acute medical care to people in need.

Cremeans, who holds a bachelor’s degree in biology from University of Michigan, has conducted pharmacology research at Michigan and Wake Forest University in North Carolina. 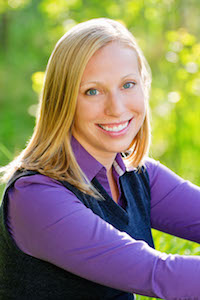 Gess, a licensed professional and mental health counselor, moved to Idaho to pursue her doctorate in counselor education at ISU-Meridian.

A gifted scholar and researcher specializing in counseling issues within the lesbian, gay, bisexual, transgender, bisexual and queer community (LGBTQ+), Gess has published peer-reviewed articles and presented her research at state, regional and national conferences. 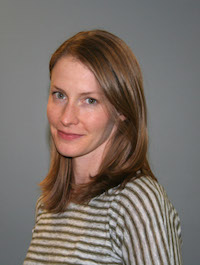 Gebhart has been active in community outreach efforts, including helping organize free hearing screenings at ISU-Meridian and conducting speech and language evaluations for school districts. Fluent in Spanish, she has been invaluable to clients seeking bilingual services.

Gebhart, who grew up in Fairbanks, Alaska, earned a bachelor’s degree in mathematics at Mount Marty College in South Dakota and a master’s degree in Spanish literature at University of Kansas.

At ISU-Meridian, she has been involved with the National Student Speech Language Hearing Association and advocated for improved services for people with communication disorders.

After graduation, Gebhart will serve an eight-week externship with Saint Alphonsus Rehabilitation Services. She’s interested in working with adults who have acquired speech, language, and swallowing disorders. 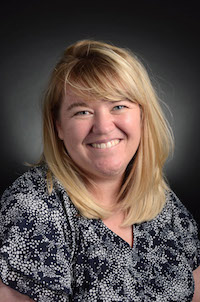 A fifth ISU-Meridian student, Michelle Wilkin, is recipient of a 2016 ISU Alumni Association Outstanding Student Achievement Award representing the College of Pharmacy.  She earned a bachelor’s degree in microbiology from ISU and worked as a medical technologist and molecular epidemiologist in the Treasure Valley before enrolling in the Doctor of Pharmacy program.

After graduation, she will complete a yearlong residency at Saint Alphonsus Medical Center in Boise.

Graduates can share their memories on social media at #isugrads.

The ISU-Meridian Health Science Center offers more than 25 graduate, undergraduate and online programs. Most are in the health sciences. Visit www.isu.edu/meridian.