POCATELLO – Four Idaho State University faculty members have received the 2016 Outstanding Researcher awards and will be honored at a reception April 6 at 6 p.m. at the Juniper Hills Country Club. 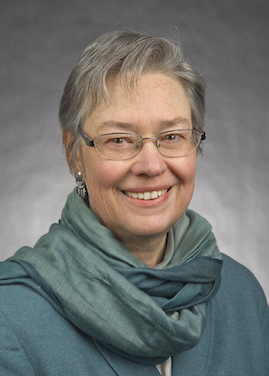 Her research combines the methods and theoretical perspectives of folkloristics (the study of informal traditional culture) and history. She is the author of four books and numerous articles focusing on the Rocky Mountain West as a region where cultures converged from all directions. Retrieving traces of the multi-cultural West from archival sources, her work has also developed new methodologies. “Building with Logs: Western Log Construction in Context” (U of ID Press, 1998) continues to be cited in compendiums about vernacular architecture. “Up in the Rocky Mountains: Writing the Swedish Immigrant Experience” (U of MN Press, 2007) has been cited in several international studies of Jewish, Finnish, Ukrainian, Spanish, Italian and Swedish migrations. Her most recent work is “Pole Raising and Speech Making: Modalities of Swedish American Summer Celebration” (Utah State University Press, 2015.

She is moving on to a study of historical legends told by immigrants to the West. Attebery’s research has received support from two Fulbright awards, one the Distinguished Fulbright Professorship at Uppsala University (2011); stipends from the Emigrant Institute, Växjö, Sweden; fellowships from the Idaho Humanities Council; sabbaticals from Idaho State University; and grants from the former Faculty Research and Humanities and Social Sciences Research committees. 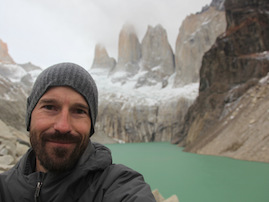 Ben Crosby received his doctorate from Massachusetts Institute of Technology in 2006 and is currently an associate professor in the Department of Geosciences. Though his graduate work is focused on the mobility of waterfalls and the evolution of landscapes over thousands of years, he now applies that same conceptual framework to evaluate how contemporary disturbances due to land use or climate change affect arctic and mountainous landscapes. In these sensitive environments, extreme events such as winter rains can dramatically affect the behavior of rivers and the stability of hillslopes. Importantly, these localized events have far reaching consequences for downstream ecosystems and human infrastructure.

In collaboration with a local and international team of colleagues, Crosby and his undergraduate, masters, doctoral and post-doctoral scholars have pursued field studies ranging across multiple continents while maintaining an active research program here in Idaho. Their work, supported by the National Science Foundation, numerous other federal agencies, the City of Pocatello, private philanthropic organizations and ISU’s Office of Research, has been published in top-tier outlets such as Science and Nature or featured on the “Late Show with Jimmy Fallon.” Upcoming research efforts will focus on the interactions between human and natural systems and whether our investments in land conservation result in the intended ecological or social benefits. 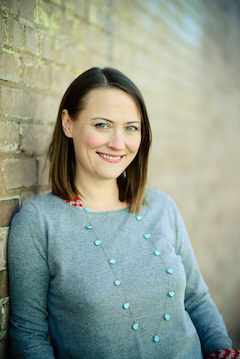 Bethany Schultz Hurst is an assistant professor in the Department of English and Philosophy with a specialty in creative writing. She earned her Masters of Fine Art degree in poetry from Eastern Washington University. Her poetry explores the tension between location and displacement and the resulting impact on identity narratives, often within the context of the American West. “Miss Lost Nation,” Hurst’s first book was selected for the 2013 Robert Dana-Anhinga Prize for Poetry—a publication prize through Anhinga Press—by judge Richard Blanco, and was a finalist for the 2016 Kate Tufts Discovery Award through Claremont Graduate University. “Crisis on Infinite Earths: Issues 1-15,” a poem included in “Miss Lost Nation,” was selected by editors Sherman Alexie and David Lehman for Best American Poetry 2015.

Recent poems have appeared or are forthcoming in journals such as Cimarron Review, Drunken Boat, Gulf Coast, New Ohio Review American Literary Review, which nominated her poem for a Pushcart Prize. Two other journals, River Styx and The Gettysburg Review, both nominated Hurst’s work for the Best New Poets anthology. A selection of Hurst’s poems are scheduled to be published in an online textbook through the Open SUNY textbook project. Hurst has served as guest faculty for conferences such as the Jackson Hole Writers’ Conference and has been invited to read in regional and national venues. 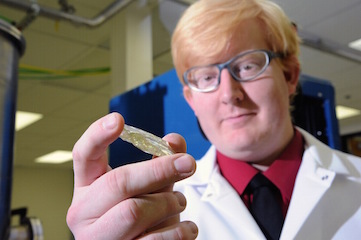 Eric Burgett joined ISU in June 2013. He attended Georgia Tech, earning a Bachelor of Science degree in nuclear and radiological engineering. During his undergraduate degree, he worked on three different research projects, all presented at the student American Nuclear Society meeting. There he won two best paper awards.

After graduation, he took a staff position in the Radiation Safety Office at Georgia Tech as a health physicist. While working his full-time job, he pursued his master’s degree in nuclear engineering. While earning his master’s degree, he won the student paper competition for the Council on Ionizing Radiation Measurements and Standards. He also received the STONE research grant from Los Alamos National Laboratory. He served as president of his local Health Physics Society in Atlanta for two years from 2006 to 2008. His master’s thesis won the prestigious H. Wade Parker award from the Health Physics Society for best paper for the year in 2009.

In 2009, he won a Nuclear Engineering Research Initiative Collaboration grant for $3 million. He became a research engineer, with assistant professor standing. He earned a Ph.D. in nuclear engineering and a minor in Real Time Human Interactive Statistical Simulation. He completed his Ph.D. thesis in 2010. His Ph.D. thesis resulted in two patents and a spinoff company.

Upon completion of his Ph.D., he came to ISU as an assistant professor. He now serves on the History Committee, Accelerator Section Committee, Continuing Education Committee, and Membership Committee for the national Health Physics Society. He also serves as the Technical Program Chair for the Radiation Protection Shielding Division, the executive committee of the accelerator section, and the treasurer of the accelerator section of the national American Nuclear Society. He was named Technical Program Chair for 2014 for the American Nuclear Society.

Burgett has published more than 17 journal articles with another three in review, five technical peer reviewed documents, and three patents with another one in final review. He has won best poster awards at a number of different meetings including the Department of Energy Advanced Fuel Cycle Initiative review meeting. He has written a book on radiation detection, which will be published in the upcoming Encyclopedia of Sustainable Energy. He has more than 100 published conference presentations. He is an adjunct faculty at Georgia Tech in the electrical and computer engineering program, at the University of Maryland in the material science, chemical engineering, and nuclear engineering programs. Since his arrival at ISU, he has taught classes in Monte Carlo Methods, Special Topics for Graduate Students, Special Topics for Undergraduate students, Reactor Physics Lab, Advanced Graduate Radiation Detection and Graduate Reactor Physics Lab.