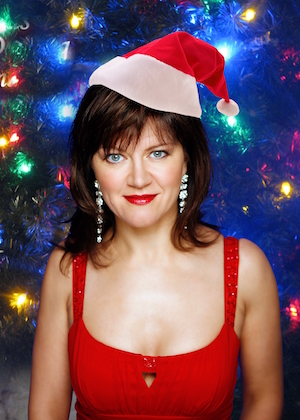 “We have never played in Idaho,” Berting Brett said. “It’s always so exciting to go to a new place and play in a beautiful facility like the Stephens Performing Arts Center.”

The show is led by singer Berting Brett and accompanied by a seven-piece Nashville band directed by Harry Sharpe. The show attempts to re-create the Carpenters' original sound, presenting an intimate behind-the-scenes portrait of one of the most successful recording acts of all time.

We've Only Just Begun: Carpenters Remembered, an intimate behind-the-scenes portrait of the pop music phenomenon that defined an era, has been playing in theatres and showrooms throughout the United States since 2013.

It grew out of an idea Berting Brett, a farm girl from a musical family in Saskatchewan, Canada, conceived after being told repeatedly that she sounded like Karen Carpenter.

“The Carpenters have such a timeless sound,” Berting Brett said. “It’s a multigenerational show, appealing to kids, parents and grandparents.”

For the Christmas presentation, Berting Brett focuses attention on the duo's Christmas albums and television specials as well as talking about their Christmas experiences. The festive show includes holiday classics such as "Sleigh Ride," "The Christmas Song," "Santa Claus is Coming to Town," "Winter Wonderland," "Jingle Bells," "I'll Be Home for Christmas," "Have Yourself a Merry Little Christmas," "Do You Hear What I Hear," and of course, "Merry Christmas Darling.”

“The Carpenters’ Christmas record is a holiday classic, even after 40 years, we still love their songs.” Berting Brett said.

Prices for tickets are $26 for main seating and $22 for upper level seating.

Tickets can be purchased at the Stephens Performing Arts Box Office at (208) 282-3595 or visit isu.edu/stephens.

The Stephens Center Box Office is open from 10 a.m. to 4 p.m. weekdays.