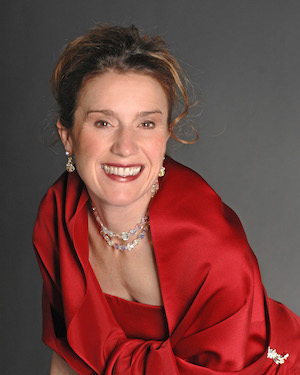 This will be the fifth year that ISU has hosted the Idaho/Montana District Auditions.

The competition is open to the public, and audience members will have the opportunity to vote on their favorite performer. On Nov. 6, the weekend will finish with a masterclass featuring ISU music majors working with tenor Richard Leech in the Marshall Rotunda beginning at 10 a.m. The masterclass with Leech is free and open to the public.

Tickets for the competition on Nov. 5 are $8 for adults, $6 for faculty and staff, $4 for pre-college students and free for ISU students.

Every year, renowned vocalist from across the country travel to Pocatello to judge the district auditions. This year will feature pianist Thomas Bagwell, soprano Ruth Golden and tenor Richard Leech. Bagwell has performed in New York's Carnegie Hall, London's Wigmore Hall, the Musikverein, the Concertgebouw and numerous halls across the United States and Canada. He was an assistant conductor for the Metropolitan Opera for nine seasons and also served at the Washington National Opera, the Santa Fe Opera and Opera Theatre of Saint Louis. Bagwell received degrees from the Mannes College of Music, the Manhattan School of Music, and has studied with Warren Jones, Graham Johnson and Edna Golandsky. After his formal studies, Bagwell pursued additional training with Elly Ameling and Rudolf Jansen at the Academie Villecroze.

Before joining the faculty at the Manhattan School of Music, Golden taught at the Academy of Vocal Arts (Philadelphia), LIU Post, and the Bard College College Conservatory Graduate Program. She has served on the faculties of the Academy of Vocal Arts and the Bard College Conservatory program. She has worked with singers as a guest master teacher at the Glimmerglass Opera, the Julliard School, Songfest, North Carolina School for the Arts, the Chautaugua Institution, the University of Southern California, Eeh Wah University in Seoul and the University of California. Golden’s has performed in 35 of 50 U.S. states, the Canadian Opera Company in Toronto, Orchestra Pasdeloup in Paris, Chartres and Rheims, the Prague Pilharmonic in Prague and the Orchestra Royale of Madrid in Madrid and Lisbon.

Leech has sung nearly 200 Met performances in a dozen leading roles. He debuted in the Metropolitan Opera in 1987 as Rodolfo in “La Bohème.” Since then, he has performed everywhere from Vienna to La Scala and Paris to Covent Garden he has been a frequent guest with many major opera houses around the world. In 2015, Leech was named Director of Resident Artist Programs with Michigan Opera Theatre, where he created and heads their Young Artist Program Michigan Opera Theatre Studio. He is a member of the voice/opera faculty of Mason Gross School of the Arts, Rutgers University and the Rutgers Opera Institute. Leech attended Eastman School of Music and Binghamton University, and credits his success to the training he received under the mentorship of Peyton Hibbitt and the late Carmen Savoca at Tri-Cities Opera in Binghamton, NY.

Aspiring singers who hope to become the 2017 Metropolitan Opera National Council Auditions Winners must compete in four rounds of auditions. The first level of the competition will be held in 42 Districts throughout the United States, in addition to one district in Canada and one district in Puerto Rico. The winners of the Districts will advance to one of the 12 Region Finals. Both District and Regional auditions will take place from October through February.

More than 1,500 singers between the ages of 20 and 30 will participate in the National Council Auditions, the longest-running singing competition in the country. The highly competitive National Council Auditions process, which offers aspiring singers the opportunity to launch their opera careers, is chronicled in the award-winning, feature-length documentary “The Audition” by acclaimed filmmaker Susan Froemke, which will celebrate 10  years this season. Winners from the 2007 finals and featured in this documentary include soprano Amber Wagner, mezzo-soprano Jamie Barton and tenor Michael Fabiano, all of whom are starring in Met productions this season and will be guest artists during this year’s finals.

Members of the MET’s artistic staff and other professionals from the opera world judge the auditions and give each singer feedback, which includes career advice and ideas on future prospects. Hundreds of volunteers across North America help the Met organize and fund the National Council Auditions in their respective Districts and Regions.

If you are interested in volunteering for the Auditions or contributing to the MET Endowment, please contact Diana Livingston Friedley, lividian@isu.edu or (208) 282-2611.