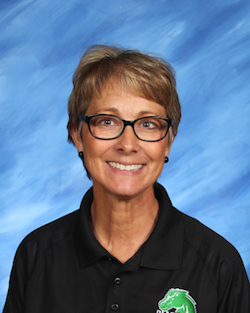 The American Lawyers Alliance is a charitable and educational non-profit organization whose mission is to promote understanding and appreciation of the law and the American legal system. The award highlights outstanding contributions in the field of law-related education. Two high school and one middle school teacher were chosen for this award.

“It is really important that we recognize students and educators for developing young people to be contributing members of society and to increase their knowledge of our constitutional democracy in order to maintain our system of government,” Kartchner said.

Kartchner can add this award to her long list of accomplishments including an American Civic Education Teacher Award, Boise Pesky Award for Inspirational Teaching, an Idaho Teacher of the Year Award from the American Legion and the Blackfoot School District Indian Education Award.

For the past nine years Kartchner’s students have won the state’s “We the People: the Citizen and the Constitution” course and competition, and traveled on to the national competition in Washington, D.C. In 2015, the team received the Region Award for the Western States and was ranked in the top 15 in the nation. This is the highest award every received by an Idaho school.

Kartchner received her Master of Arts degree in political science and U.S. history degree in 2009. She currently teaches government and history at Blackfoot High School.